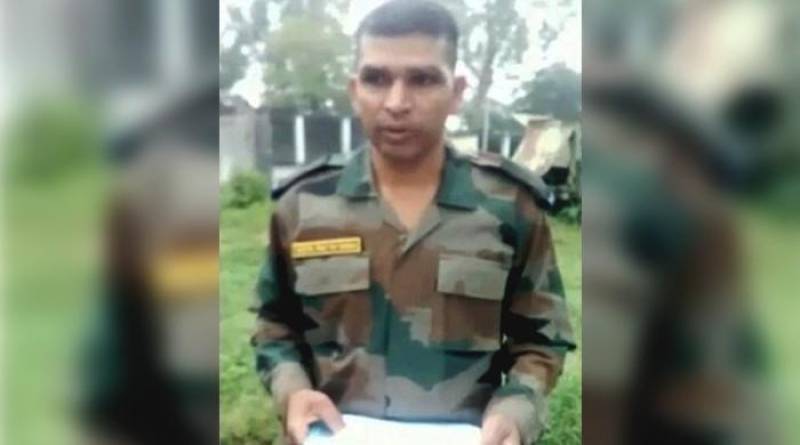 NEW DELHI - Indian soldier who in a viral video revealed the bias towards lower-rank army men and harassment by seniors, has been placed under house arrest, his wife claimed.

The soldier had alleged that his superiors are harassing him for writing a letter to Indian Prime Minister Narendra Modi as he tried to highlight grievances in the armed forces.

According to Indian media reports, his wife Richa Singh has been trying to contact her husband Lance Naik Yagya Pratap Singh for the last two days.

"My husband has been placed under house arrest and his health is worsening. He has said that he wants to talk to the media. He has appealed to the Prime Minister, home minister and defence minister for help," said soldier's wife.

She said that the mediating officer through whom she contacted Yagya stopped receiving her calls, adding that her husband has gone on a hunger strike for the last five days.

"My husband is protesting against soldiers being used for gardening, cleaning and maintaining the homes of higher officials. He joined the forces to serve the country and not do menial jobs for the authorities," she added.

"I want to speak to my husband. They have taken him off duty. I have no idea where they will take him or what they will do to him," lamented Richa.

The trend of posting videos exposing the deplorable conditions that soldiers in India are forced to work under began when Tej Bahadur Yadav posted a video earlier this month and was then relegated to a plumber's job after he accused the military high-ups of selling supplies meant for troops.