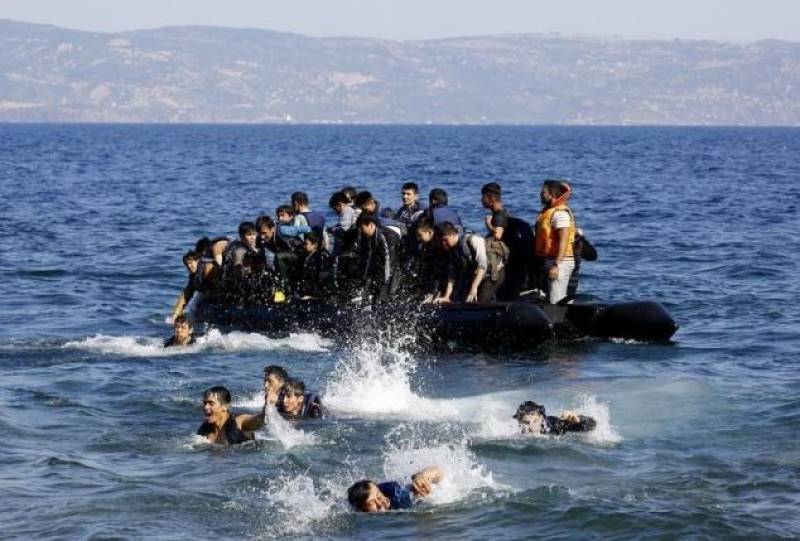 AMSTERDAM (APP) - A baby girl was born on a Dutch frigate only hours after her Eritrean mother was saved with 243 other migrants from a sinking ship, the Dutch defence ministry said Friday.

She has been named Gelila by her mother, who said her name means “the ocean.”

“Gelila was born (Thursday) on board the Van Amstel. Her mother had been rescued from a ship in distress with some 244 people on board some 80 miles (150 kilometres) southwest of Greece,” said Karen Loos-Gelijins, a spokeswoman for the Dutch royal Navy.

“The child is fragile, but she and her mother are doing well.”

The ship had been spotted from the air by an Italian maritime patrol and the Van Amstel — which was taking part in a European border control operation to halt the flow of migrants — went to its aid on Wednesday.

It was unclear where the boat had set sail from, but there were 181 men, 23 women including a number who were pregnant and 40 children on board.

The Van Amstel was already en route for Italy with 197 other migrants on board rescued a day earlier off the coast of Crete. A total of 442 people were thus brought early Friday to Trapani in Sicily.

According to the UN High Commissioner on Refugees, more than 52,600 people have arrived in Italy this year from across the sea — an average of more than 300 a day, with the numbers climbing in the summer.

Most of these migrants come from west Africa and the Horn of Africa, having travelled to Libya to make the perilous boat crossing.

More than 11 percent of the migrants are women and some of them are risking the journey heavily pregnant. At least half a dozen births have ocurred in recent months just after the mothers were rescued.