WWE star Mustafa Ali opens up about his life 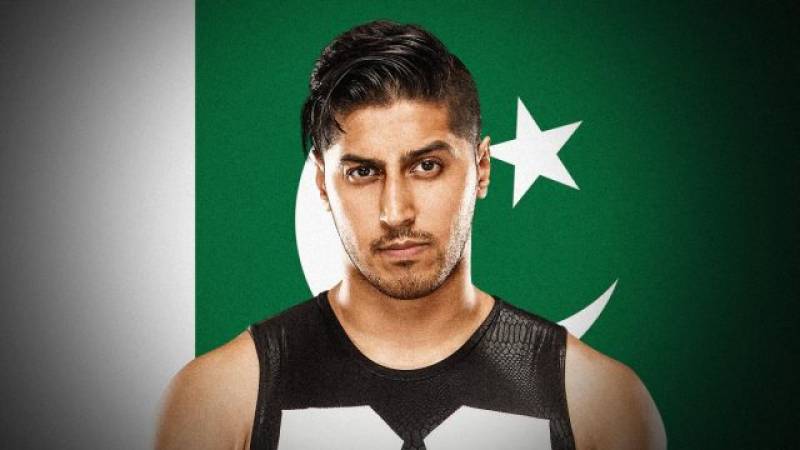 KARACHI: Mustafa Ali, Pakistani-American wrestler at WWE has been making all the right moves lately, bagging several victories on WWE’s 205 Live show, making it to the semi-finals of Cruiserweight Championship tournament his main prerogative now is an opportunity to wrestle at WrestleMania next month.

In an interview with Tinted, well known for his high-flying flips and athletic moves inside the ring, Ali shared much more personal details such as the fact that his real name is Adeel Alam. Speaking about his heritage, the 31 year old wrestler said,“I am from Chicago but my dad is from Karachi, Pakistan, and my mom is from New Delhi, India. So, I’ve got a little Paki-Indie fusion going on here.”

Fun chat with @livetinted. My apologies for the terrible jokes.

Speaking about how he got into the world of wrestling, Ali shared that he credited this to his father, “I specifically remember him putting me in his lap and we would watch Saturday Night Main Event and what not."

“The funny story is that I was giving a presentation in class about how I was going to be a future champion and one of the guys mentioned his brother was a professional wrestler who had a school and were looking for students," after whjich he went for a try out and got selected.

To him, his platform is a great way to break stereotypes and assumptions of anyone who look like him, “So, we’re trying to change these pre-conceived ideas and knock down these barriers, these notions of what a guy with a name like Mustafa has to be portrayed as. That’s my goal.”

But the biggest reveal was when he spoke of his family life and his marriage,  “My mom said, ‘You are reckless, and you need to get married.’ And I was like okay.” He further added that he got married the traditional 'arranged marriage' way.

“I thought I was going to be the proper guy and look at the floor the whole time and show respect and my wife’s first words were, ‘Why are you looking at the floor?’ and then I looked up and said, ‘I can make eye contact with you?’ And then I saw the most amazing set of eyes and got hooked right there.”

Ali's best friend is his four year old daughter Amara who he went over to over the barricade after he won a match and said, “I had her wave to the crowd, and she was like, ‘What is going on here’?"

When asked what the word 'tinted' meant to him he said, “Embracing everything, all shades. You know everything is lines in sand so do your own thing. Embrace your colour, heritage, whatever you want but don’t let it confine you. Just live without labels,” he added, “And drink coffee.”