ISI clears roadblocks outside its headquarters on SC orders 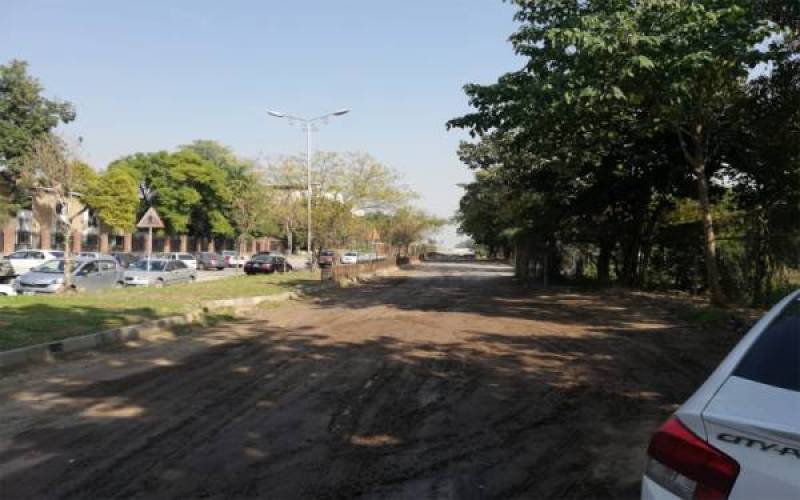 ISLAMABAD - A process has been initiated to clear roadblocks on a portion of the Khayaban-i-Suharwardi (Aabpara) outside the headquarters country’s premier intelligence agency, Inter-Services Intelligence (ISI), in Islamabad.

The road was closed in 2008 by the intelligence agency due to security reasons and now it is being opened for traffic on the orders of the Supreme Court after around ten years, local media reported.

The officials of the Capital Development Authority (CDA) and the spy agency inspected the spot and decided to build a new road, covering the green belt area.

At first, the road will be opened for two way traffic and it will be turned into one way traffic after the construction of the new road.

On October 16, the Supreme Court of Pakistan had given country’s premier spy agency another four weeks to reopen the Shahra-i-Suharwardy.

A three-member SC bench headed by Chief justice Mian Saqib Nisar had heard a case regarding removal of encroachments in the capital city.

“The transfer of sensitive devices in the ISI building is taking a long time,” Director Law Branch Ministry of Defence Brigadier Falak Naz told the court.

The official of the defence department said that most of the road has been cleared but it has not been opened for traffic.

“What good is an empty road for the people if it cannot be used,” the chief justice remarked.

After enquiring the defence official, how much more time the ISI would take to open the road, the court gave a four-week extension.

It is worth mentioning here that on July 6, the apex court had ordered to remove roadblocks within two months.