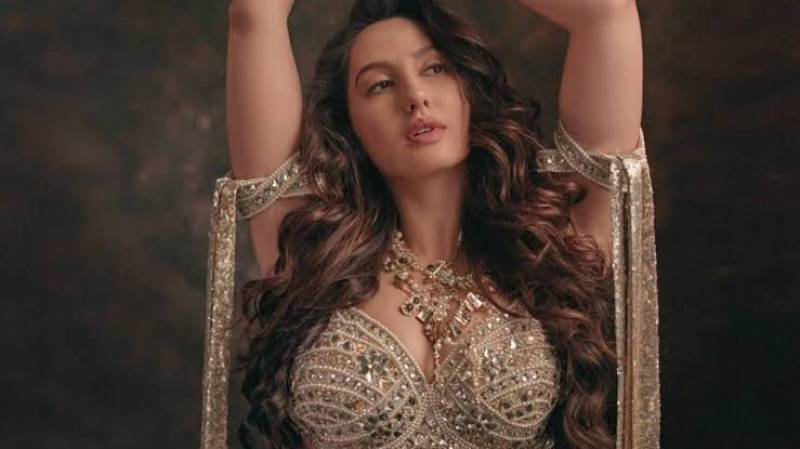 Bollywood glitz and glam dancing goddess Nora Fatehi syas she put her sweat and blood into the shooting of her latest sizzling song Kusu Kusu.

Delving into details about the cumbersome ensemble and hectic shooting, the Dilbar star got candid about the heavily embellished shimmery bodysuit with a veil cape that almost choked her.

“On sets, we often have minor incidents like the scraping of knees, bleeding of feet, or something like that, but this definitely has been my worst experience on set.", the 29-year-old revealed.

“The necklace was extremely tight around my neck because of the weight of the cape and since I was constantly moving, it kept brushing more leaving really horrifying marks at the end of the shoot,"

“It almost felt like someone has tied a rope around my neck and dragged me across the floor, but because we had limited time for the shoot, I continued to film the song and only took a break after we completed the sequence.", Fatehi concluded.

Satyameva Jayate 2 will hit theaters on November 26. The film is directed by Milap Zaveri and stars John Abraham. Moreover, Kusu Kusu has been trending on YouTube and has amassed more than 50 million views.