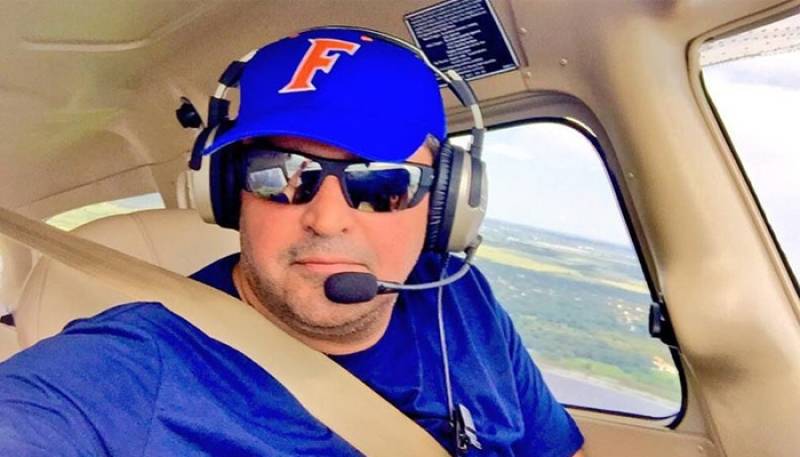 KARACHI -  Pakistani star and activist Fakhr-e-Alam has arrived Pakistan on Tuesday as part of "Mission Parwaaz" through which the singer is attempting to circumnavigate the globe.

The singer arrived at first in Karachi, the singer was greeted by Sindh Governor Imran Ismail who lauded the singer's efforts and welcomes him.

Talking to the media, Alam stated, “There was a different feeling when I I entered the Pakistani airspace.”

Thanking the Tampa Bay Aviation Chief Pilot Joshua Barken and Managing Director Chris Rowe, Alam said, "This would not have been possible without [Joushua] Barken and [Chris] Rowe."

"If the weather is suitable, I will complete the tour in 28 days otherwise it can take longer," the 42-year-old said.

He also urged the people to pray for his successful fly and complete the tour within the given time. The 28-day tour which kicked off in Clearwater, Florida on October 10 will take Alam to 32 countries.

My childhood dream is about to take flight in less then 12 hrs. I dedicate this to my beloved country & to the people of Pakistan. #MissionParwaaz is the flight of self belief, on the wings of faith and the winds of hope. Pray for me as I carry Pakistan' s flag around the world. pic.twitter.com/Iada7bRmdP

The 42-year-old had flown from Florida to Boston and then to the Canadian Airbase in Goose bay Canada and then to Greenland. From Greenland, Alam flew to Iceland, United Kingdom, Egypt and then to Bahrain and then Dubai.

From Dubai, the singer flew Karachi from where he will be arriving Lahore then Islamabad and then he will be on his way to Dhaka, Bangkok, Singapore, Jakarta and then Darwin in Australia.

Other countries where he will be making a pit stop include Philippines, Taiwan, southern Japan, northern Japan, the Pacific Bay, Russia, Alaska and then back to the US.