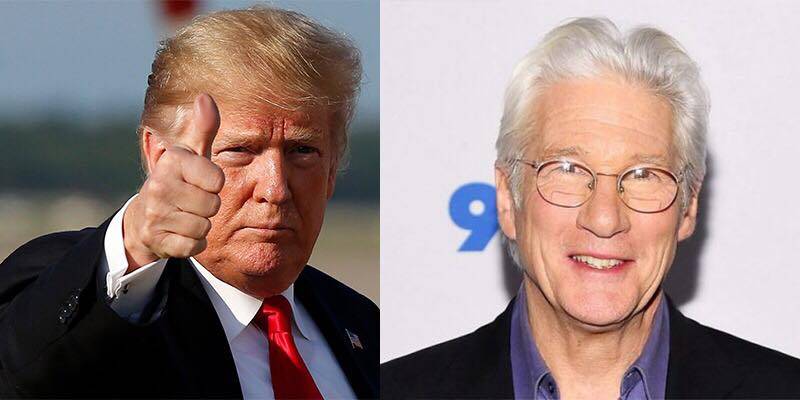 LOS ANGELES -  Hollywood star Richard Gere took a pop at US President Donald Trump as he unveiled his television debut at Cannes playing a billionaire tycoon not dissimilar to Rupert Murdoch.

The Hollywood star is shooting a new BBC series MotherFatherSon, which he said is a bid "to tell a story that relates to this crazy moment on the planet.

"The reality-show president we have highlighted the real stuff even more," Gere told reporters at MIPCOM, the world's top entertainment showcase Monday in the French Riviera resort.

Gere, 69, plays the media mogul patriarch of a dysfunctional dynasty who has built up a worldwide empire on the back of his trashy British tabloids.

Although the story includes many parallels with the rise of Australian-born tycoon Rupert Murdoch, the program-makers deny there is any direct link. Murdoch's Fox News channel has been a cheerleader for Trump, who is a vocal fan of the network.

Gere said he decided to take the dive into TV only because of the strength of the script by English writer Tom Rob Smith, who was nominated for an Emmy for The Assassination of Gianni Versace.

"I don't need to work. But I want to take on challenges like this," he told The Hollywood Reporter. "We have now become accustomed to seeing something that is false and lies and all artifice," he shared.

Gere called the eight-hour series -- which will be broadcast next year -- "neo-Shakespearean" in the way it deals with abuse of a power and how the dynasty is threatened by the self-destructive actions of an heir played by Billy Howl.