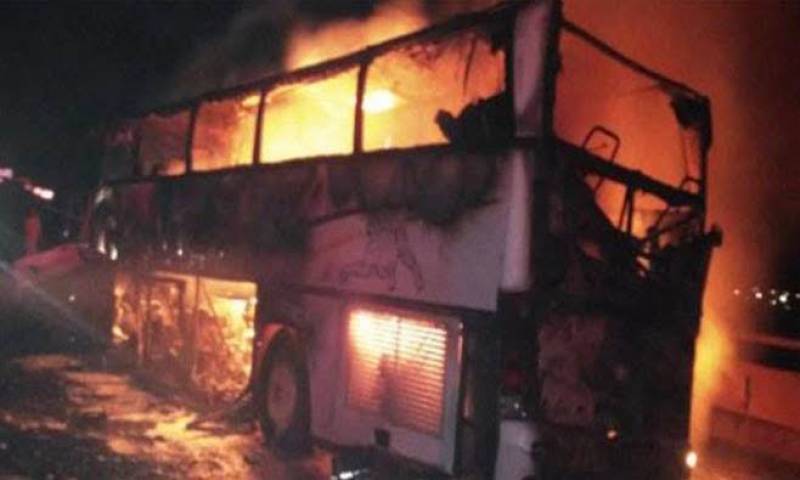 RIYADH - Thirty-five expatriates have died and four injured in a traffic accident in near Medina in Saudi Arabia.

According to the Saudi Press Agency, the passengers include Asian and Arabic nationalities and that the accident happened after a bus collided with a heavy vehicle in Al Akhal Centre.

The bus engulfed in flames soon after the accident with its windows blown out.

The injured were taken to Al Hamna Hospital, Meanwhile, the authorities have launched an investigation.