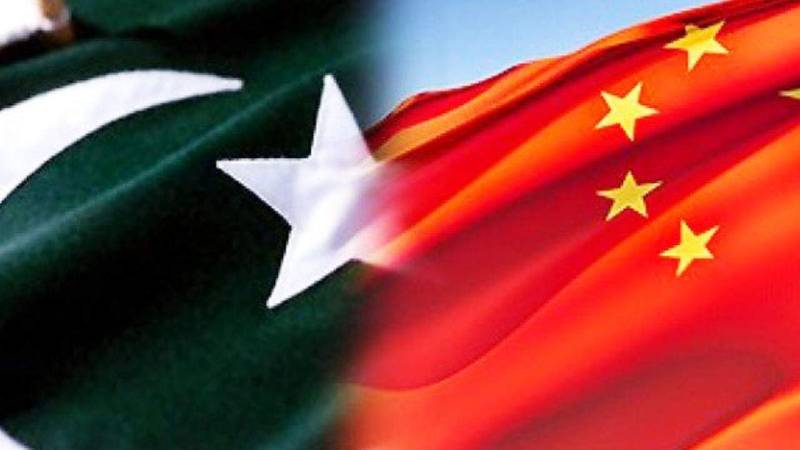 BEIJING - Pakistan Ambassador to China, Naghmana Hashmi has said the bilateral trade volume between Pakistan and China has now touched US $ 19.08 billion and both countries aimed to raise it further.

"The bilateral trade volume between Pakistan and China has now touched US$ 19.08. We aim to raise it further," she said in her article published in China Daily on Thursday.

Ambassador Hashmi said joint ventures in defence production have led to the manufacture of the MBT 2000 Al-Khalid Tank and JF-17 Thunder, a fighter aircraft.

"On the diplomatic front, the two countries are committed to protecting and promoting multilateralism and upholding the United Nations (UN)Charter, while our cooperation has extended to science and technology, socioeconomic sectors and nuclear cooperation for peaceful purposes," she added.

Pakistan and China are historically connected through the cultural and knowledge corridor. More than 1,000 years ago, famous Chinese monks such as Fa Xian and Xuan Zang travelled to South Asia (modern-day Pakistan) to study Buddhism.

The famous book Journey to the West lists the Names of areas in Pakistan, like Peshawar, Swat, Taxila, and Kashmir, that Fa Xian and Xuan Zang travelled to.

In the 7th century, the Prophet of Islam in his directives to his followers (Hadith) said, "seek knowledge even if you have to travel as far as to China".

The China-Pakistan Economic Corridor (CPEC) is also a revival of the ancient Silk Road. Thousands of years ago, ancient Chinese traders went to Europe through present-day Pakistan. Today, the ties are a modern-day hallmark of deep-rooted friendship.

Several power generation and transmission projects were launched under the CPEC's first phase. Basic infrastructure such as highways, railways, airports, seaports, oil and gas pipelines and optical fibre linkages have been upgraded and strengthened.

In its second phase, Pakistan is focused on spurring socio-economic development and job creation.

Establishment of special economic zones and encouraging Chinese companies to join the Pakistani private sector for joint ventures will enable this transition. Given that agriculture is the backbone of our economy, under the current leadership, agro-ecology has also become a major component of the CPEC.

The CPEC is inspired by President Xi's vision of regional connectivity and a people-centric development model. It fully resonates with Prime Minister Imran Khan's vision of "Naya Pakistan" and he believes that the CPEC is a "game-changer" not only for Pakistan but the entire region.

Connecting Gwadar Port, in Southwestern Pakistan to the Xinjiang Uygur autonomous region, through a network of highways, railways, and pipelines to transport oil and gas, presents enormous opportunities to people from Gwadar to Kashgar.

It is a testament to our resolve to "leave no one behind" and eliminate poverty. It is indeed an agenda to promote human dignity and prosperity through development to build a "community of shared destiny".

The CPEC has also made China and Pakistan viable economic partners for cooperative regional integration with opportunities for South and Central Asia's rejuvenation.

It will open new avenues for economic activity and create a trade pathway for China and the middleEast and Africa at large. China has a lot to gain from this corridor, as the shortest available connectivity route.

Thus, Pakistan's significance will continue to increase because of the CPEC's centrality to the Belt and Road Initiative.

Ambassador Hashmi remarked that in the last seven decades, Pakistan and China have exponentially developed all aspects of their bilateral relations. "However, we have to seize new opportunities as the world enters an unchartered era of new globalization". The stratagem of trade wars, military posturing and unilateralism are threatening global peace and economic growth.

With the United States withdrawal from Afghanistan, no headway on the Iranian nuclear deal, upset in the Middle East, Jammu and Kashmir becoming a hotspot, the ongoing Afghan peace process, and race for technological advancement in a rapidly transitioning world, China and Pakistan need to maintain policy cohesion.

In the coming decades, they envisage creating an enabling environment together, for collective prosperity to promote regional economic integration and security cooperation.

To achieve that, they must adhere to and continue our endeavors for equitable and just rule-based multilateral system, foster trust among all neighbors and create the political will to tackle confrontations.

Such interdependence can overcome geographical constraints for sustainable socioeconomic and security balance not only in South Asia but in the world at large.

"Our strong bilateral ties must synergize with evolving regional blocs for sustainable development and lasting stability. We choose to be partners for peace, development and harmony," she added.

She said as the People's Republic of China marks its 70th anniversary, it is worth noting that Pakistan has unwaveringly stood by it for the past seven decades.

That "true friendship is not just words but deeds" holds true for Sino-Pakistan friendship.

Today, they truly are "all-weather" strategic cooperative partners and each other's strength, or as President Xi Jinping says, "iron brothers".

China and Pakistan has always enjoyed a close and mutually beneficial relationship since establishing diplomatic ties in 1951. The first official delegation from Pakistan visited China on Jan 4, 1950. The first formal trade agreement was signed in 1963.

The same year, a boundary agreement was signed, turning the neighbors into friends. Our resolutesupport for each other's positions and interests also advanced defence and military ties.

Pakistan reciprocated with all-out support. It played a pivotal role during Sino-US rapprochement in the early 1970s and helped restore to China permanent membership of the United Nations Security Council with veto power.

Pakistan also became the world's gateway to China by providing help for its opening-up.