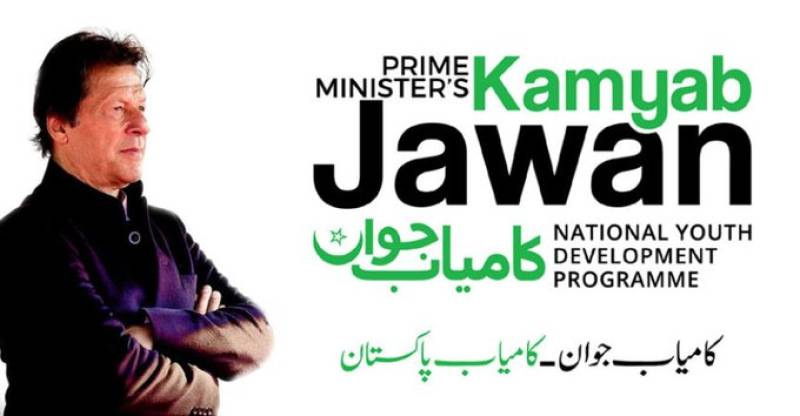 ISLAMABAD - Prime Minister Imran Khan on Thursday inaugurated the first phase of the "Kamyab Jawan Programme" aims at providing financial and technical assistance to the youth.

Addressing the inauguration ceremony held at Jinnah Convention Center in Islamabad, the premier announced that Rs100 billion have been allocated to give loans to the youth under this programme. He added that Rs25bn have been earmarked for women.

Loans worth Rs10,000 to Rs100,000 will be interest free, while the loans upto Rs5 million will be given at lenient conditions.

He said that one million young people will be facilitated through this scheme, adding that Rs10bn will be used for teaching skills to 100,000 young people. He revealed that 100 technical laboratories will be established for distanced learning.

In order to bring seminaries in main streamline, the prime minister said that 500 labs will also be established to provide skill education of seminary students.

He vowed to bring uniform education system across the country. He also announced three new programmes for the youth to empower them.

Talking about transparency in the loan programme, the premier said that merit will be ensured at every level.

Prime Minister Imran Khan reaches Jinnah Convention Center for the launch of #KamyabJawan program; an initiative that is very close to his heart. pic.twitter.com/ZMtw5d2fLK

The prime minister while addressing the ceremony put emphasis on ensuring merit to uplift the country. Nations with merit-based system and zero corruption mark progress, he said.

Last week, Dar had briefed the prime minister about the program being launched for the socio-economic development of youth.

Under the program, a vast array of projects and initiatives would be taken in education, skill training, entrepreneurship, and civic engagement for country’s youth, said a statement.

Major chunk of the population consists of youth so it was government’s priority to make them economically strong for welfare and development of the country, it added.