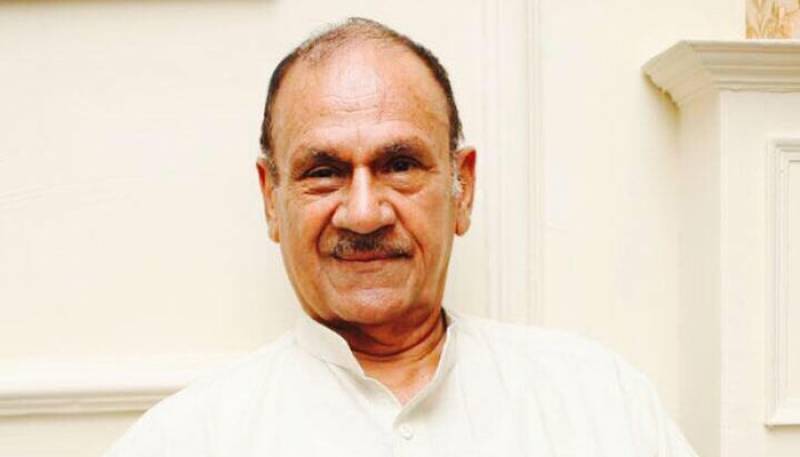 LAHORE -Pakistani eminent film and television actor Ali Ejaz passed away in Lahore on Tuesday at the age of 77 after suffering from a cardiac arrest.

Ejaz, who started his career in 1967, was famous for his role in a popular television comedy-drama series Khawaja and Son.

His other television hits include serials like Lakhon Mein Teen with Qavi Khan and Athar Shah Khan and Dubai Chalo(1979).

Not only did Ejaz make a name for himself in the world of film and television but in 2015 he launched a social welfare project near Sialkot under his non-government organization Ali Ejaz Foundation. The project titled Homes for the welfare of the Old people for building 132 homes.

Ali Ejaz was suffering from prolonged illness however he died subsequent to a heart attack. His funeral prayer will be offered on Wednesday (tomorrow) in Lahore.

In his condolence message, he prayed for eternal peace of the departed soul and fortitude for the bereaved family to bear this irreparable loss. The Information Minister said with Ali Ejaz's death Pakistan has been deprived of a versatile artist and he will always be remembered due to his remarkable services in the film and TV arena.

He said Ali Ejaz was a very talented artist who performed humorous and serious characters with command.

In their separate condolence messages, they conveyed their condolences to the bereaved family and prayed the Almighty Allah to rest the departed soul in eternal peace and grant courage to his family to bear the loss.

They said that artistic services of late Ali Ejaz will always be remembered.