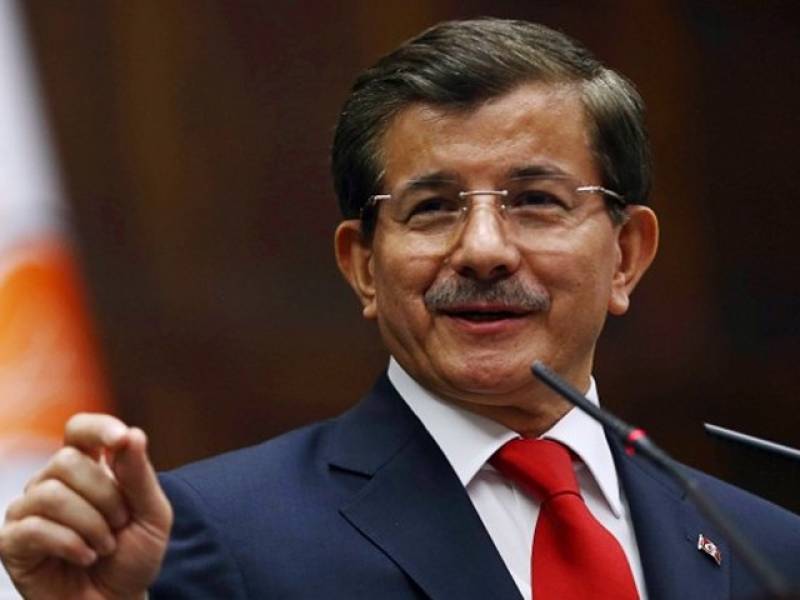 ISLAMABAD (Umar Shami) - Turkish Prime Minister, while talking to ‘Daily Pakistan Global’ in Islamabad, strongly refuted the media reports of arrest of some media persons in Turkey.
He said that media is absolutely free and there are over 7000 Newspapers and 400 National and Local TV Channels in Turkey which freely criticize the government. “Of the five largest newspapers in Turkey, four are anti government and they publish all sort of criticism on the government”. He further added that however some people try to conspire against the government and indulge in illegal activities in the garb of media men. “Nobody can be allowed to form a parallel government structure and freedom of expression should be within the confines of law.” The PM was obviously referring to the Fateuhllah Gulen’s movement which also owns a large media establishment in Turkey. He severely criticized the movement for creating misperceptions about the Turkish government especially the leadership of AK Party. He also drew similarities between Fateh Ullah Golan and Tahirul Qadri to bring his point home and said that advancing political agenda in the garb of religion is highly condemnable. “If someone wants to govern, he should not use a back door but should rather openly contest elections by forming a political party and let the people decide. Politics should be based on Values, Values should not be exploited for political purposes”.
Tahir ul Qadri is a Canada settled Pakistani cleric who staged a months long sit-in against government demanding implementation of his 12 point agenda at Constitution Avenue in Islamabad.
Click here to read Turkish Prime Minister's full interview