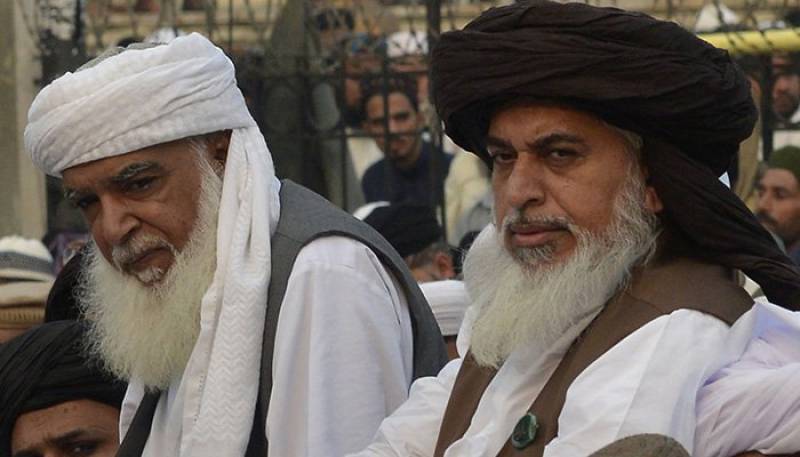 The cleric had made the request in a case lodged against him for launching a protest against the acquittal of Aasia Bibi by the supreme court.

FIR under sections 290/291/353/427/186/188 of Pakistan Penal Code (PPC) and section 6 of the Sound System Punjab Ordinance 2015 was lodged against Khadim Rizvi and other leaders of the TLP for protests after Aasia Bibi was acquitted by the Supreme Court in a blasphemy case in October last year, Dawn News reported.

Section 7 of the Anti-Terrorism Act 1997 was also added to the FIR.

The TLP leader Khadim Hussain Rizvi appeared before the judge in ATC-IV amid tight security; his lawyer argued in court that a suitable environment should be provided for the betterment of his client's health who has been in detention since November 23rd.

Provision of the ATA was falsely included in the case. The FIR was altered and fabricated and the accused had not committed any offences against the state but had been politically victimised,the counsel stated in his petition.

The counsel pleaded that police had already completed the investigation and keeping Rizvi imprisoned would serve no purpose adding that the detention was causing him health issues due to disability.

The court, however, did not seem impressed by the arguments and after hearing arguments from both sides, rejected the request for bail, in another blow to the TLP leader.

Rizvi had criticised the state institutions including the government, military and the judiciary on numerous occasions, most notably after a failed round of negotiations between the TLP and the government over the acquittal of Asia Bibi, a Christian woman on death row for blasphemy.

Thousands take to streets in TLP Karachi rally against inflation