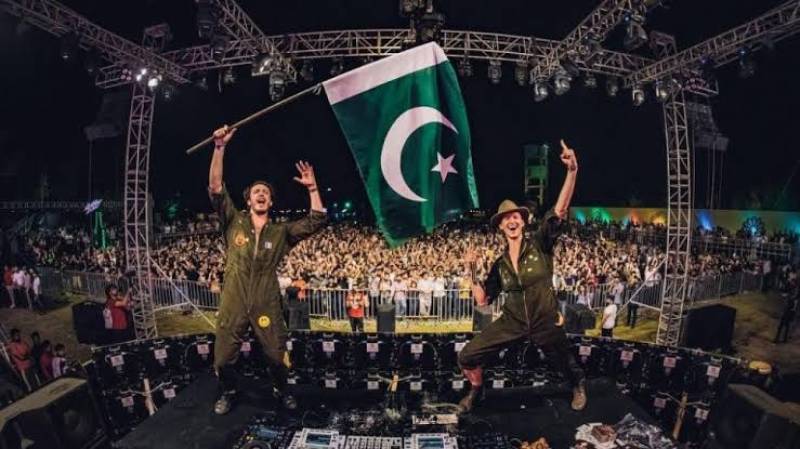 An annual gathering of International DJs who don’t get to play their entire queue and  a mismanaged crowd, Solis Festival needs no introduction.

Solis Festival happened in Islamabad this weekend but what was supposed to be a night of grooving to a diverse range of music turned into a nightmare half-way through the event.

Allegedly, the tickets sold for the festival were fake and which is why the event was overcrowded. A mob crashed the show and and forced their way in, causing the VIP lounge to collapse resulting in numerous injuries.

Few attendees, including both women and men, took to social media to share that they were molested and sexually assaulted amidst the chaos that occurred.

Consequently, an FIR has been lodged against the organisers by the Deputy Commisioner Islamabad (DCI), according to their Twitter handle.

FIR is being registered. Report is ready. Inquiry is under process. @ICT_Police. Company is already blacklisted and will not be allowed any future event in Islamabad. https://t.co/wFJs3ffYj9

Shanza, an Instagram influencer from Islamabad uploaded pictures showing the bruises she and her friends got, along with a detailed account of what went wrong at Solis.

"We’re panicking and literally no one's helping because in this moment, these filthy, frustrated a**holes get a chance and start touching, groping and harassing us, it took me a moment to realise what they’re doing because I was in absolute hysteria. My body was aching because of the injuries. I was almost numb and Solis Festival continued and the DJs didn’t even stop the music."

She further wrote: "My little brother

picked us all up with his forehead bleeding and then we rushed straight out. What we see is literally a group of men following a girl who’s walking her way in, a guy slapping a girl who accused him of harassing and a whole lotta other sh*t. We couldn’t walk. I don't know how we made it to the car but not a single person was there to help. We went straight to the hospital, my leg tissues and muscles are torn, my best friend's leg was fractured, my sister’s hands were bleeding and her thighs bruised."

Is there any point of having events that the organisers can’t manage? Do you agree?