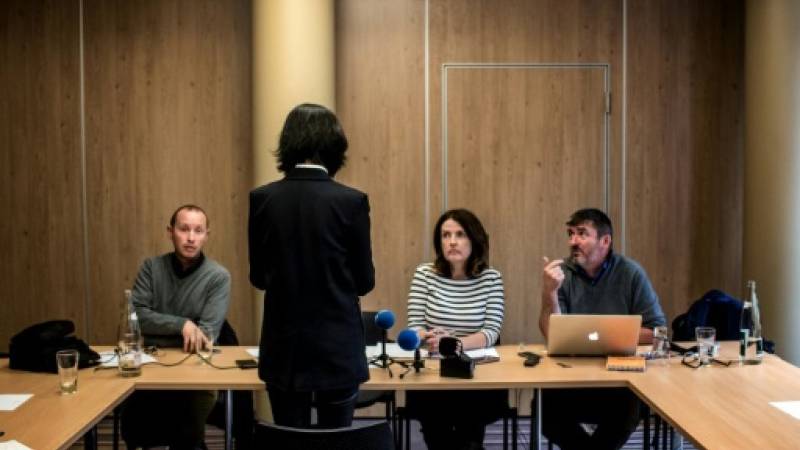 LYON, France - The wife of the former Chinese Interpol chief being held in his home country on corruption charges has applied for asylum in France, media reports said Friday.

Grace Meng has remained in the French city of Lyon, the site of Interpol's headquarters since her husband Meng Hongwei disappeared -- and was later revealed to have been arrested -- while visiting China in September.

She told Franceinfo radio and the Liberation newspaper that she fears for her life and that of their twin sons, despite being under French police protection.

"I need the French government to protect me, to assist me, to help me and my children," she said."I am afraid of being kidnapped." She was expected to officially apply for asylum on Friday.

Meng Hongwei, a former vice-minister for public security in China who rose through the ranks of the country's feared security apparatus, was the first Chinese head of the international police organisation.

He was last heard from on September 25 as he left Lyon for China when he sent his wife a social media message telling her to "wait for my call," and then a knife emoji signifying danger.

Grace Meng later reported he was missing, and after several days without news Interpol said it had received a short message from Meng saying he was resigning.

She told Liberation that two Chinese businessmen, one of whom she knew, had visited her at home in early October before China revealed her husband had been arrested and invited her to travel with them by private jet to the Czech Republic.

They asked her for investment advice because she was trained as an economist, but she turned them down, she said.

"That's what I call a kidnap attempt," she said, adding that this was when she asked for police protection.

She also said that in late October the Chinese consulate in Lyon said they had a letter for her from her husband, but insisted she shows up in person to collect it.

She asked that they hand the letter over to French police, or that French police be allowed to go with her to the consulate. She did not receive a response.

In the interview to Franceinfo and Liberation, given on January 10, she said that she had received no news of her husband or of her family back home and that her Chinese phone and internet accounts had been blocked.

She had also received "strange phone calls", she said and was once followed into a hotel by a Chinese couple who attempted to gather information about her.

China's public security bureau has linked Meng's detention to a broader initiative to "completely remove the pernicious influence" of Zhou Yongkang, a former security czar who was sentenced to life in prison in 2015 for bribery, abuse of power and leaking state secrets.

Meng was appointed vice-minister of security by Zhou in 2004. He was replaced as Interpol chief by South Korea's Kim Jong-yang.