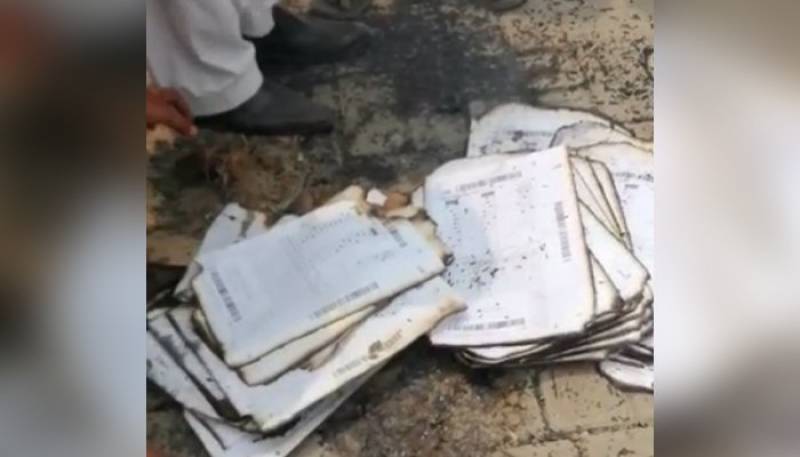 LAHORE – Dozens of solved answers sheets for the intermediate part-two exams of Islamiat and Principal Accounting were burned in Lahore's Kahna area on Saturday.

Reports quoting the spokesperson for the Board of Intermediate and Secondary Education said two motorcyclists intercepted him in the Kahna area, snatched a bundle of solved answer sheets of the intermediate from him, and set it on fire.

It further added that the superintendent of the Kahna Examination Centre 8 was on his way to a local bank to submit the solved papers of Islamic Studies and Principal Accounting while he was attacked. The miscreants also set his motorcycle on fire.

The sheets were not fully destroyed by fire and marking could be done, the superintendent Muhammad Aamir told a news publication. Later, the BISE chairman and controller examinations also rushed to the site following the incident to instigate a probe.

KARACHI – The cheating mafia in the country’s largest metropolis once again outperformed the authorities ...

Speaking with a newspaper, Aamir further added that around 50 candidates had registered for the said papers while two were absent.

A case has been lodged at the Kahna Police Station against two unidentified attackers while the motive behind the act is still unknown.

KARACHI – Sindh's education system is on the edge as the third paper, this time a mathematics question paper was ...