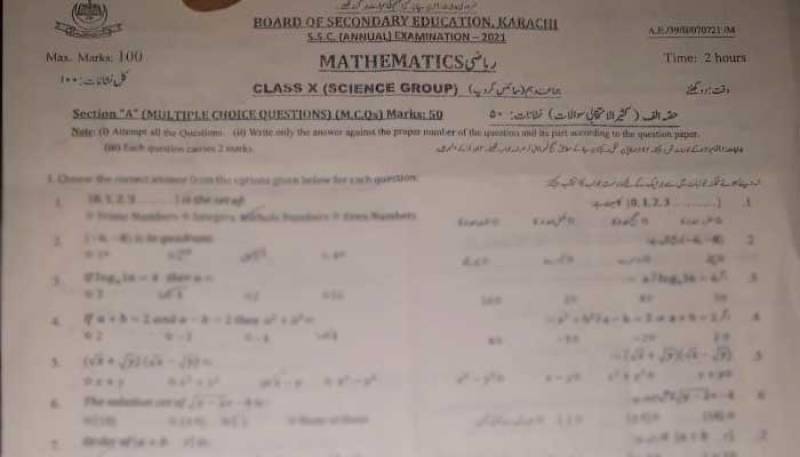 KARACHI – Sindh's education system is on the edge as the third paper, this time a mathematics question paper was leaked 30 minutes before the exam in the country’s largest metropolis.

The exam was scheduled to start at 9:30 am but the question paper was available before 9 am on social media other than the private messaging applications. Local news channels reported that despite the cancellation of the exam, it went ahead with the same question paper. 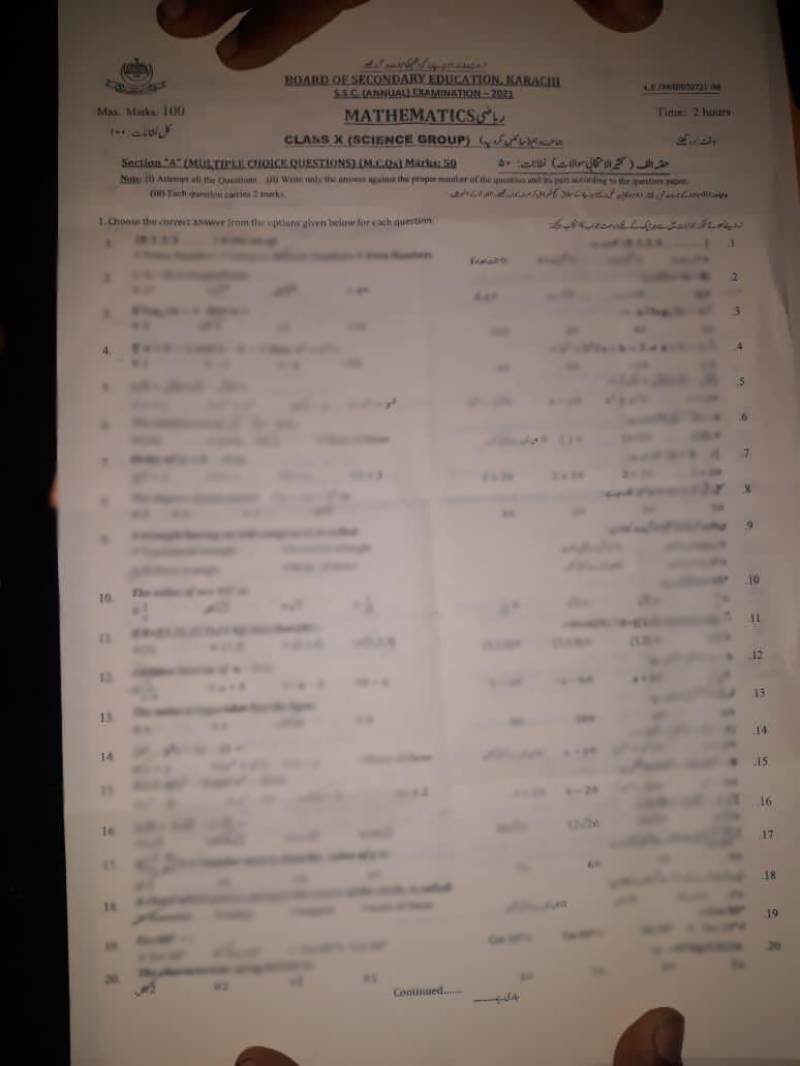 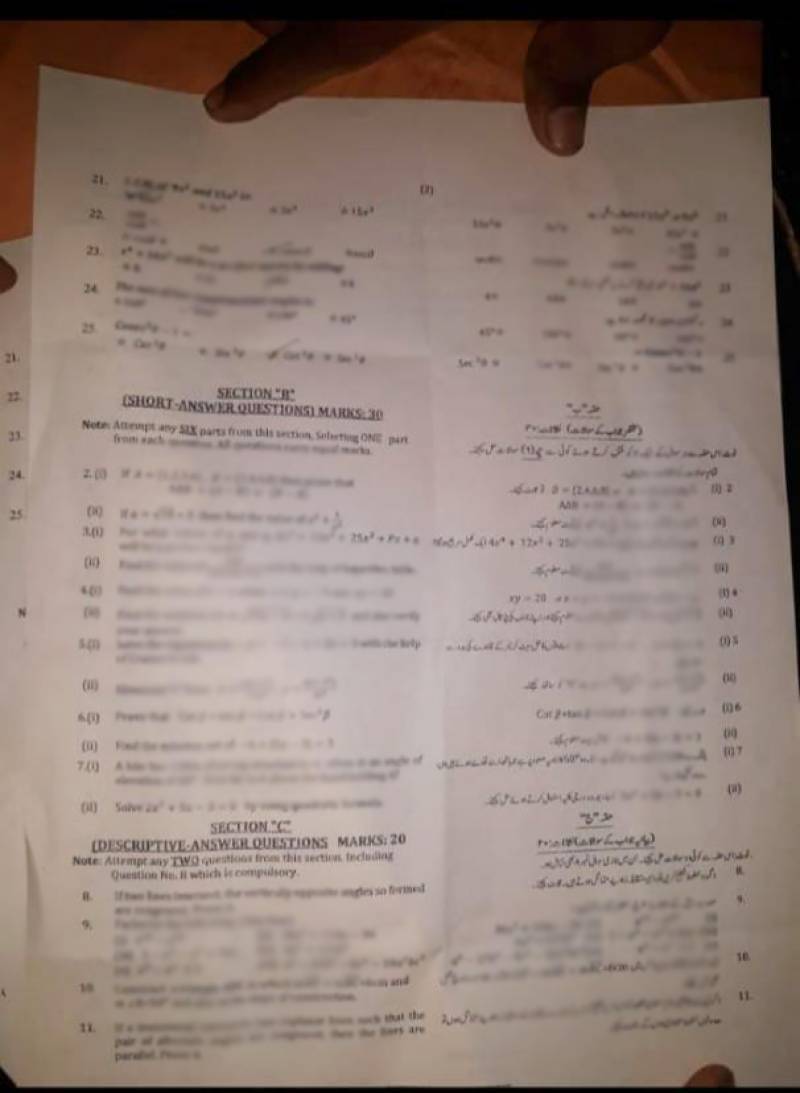 On Tuesday, Chemistry papers in the Science group and Civics papers in the General group were leaked minutes before the exam. It was the responsibility of the education board in stopping the questions papers from leaking.

The Sindh government has reportedly taken strong notice and summoned the controller examination of Board of Secondary Education Karachi who assured Adviser Nisar Khoro of taking corrective measures following the mismanagement and chaos during the Secondary School Certificate (SSC) Annual Examination 2021,

However, no improvement was observed today when the third paper in the province was leaked too. Earlier on Monday, Karachi board chairman Syed Sharaf Ali Shah alleged control officers for leaking the paper and delay in the delivery of the questionnaire.

SUKKUR – The question paper of Maths of the Secondary School Certificate (SSC) Annual Examination 2021 has been ...

It was also revealed that the paper started late at several examination centers where the students and their parents expressed resentment over the poor arrangements.

On Monday, the Karachi matric board chairperson while commenting on the leaking of the question paper said: “I'm not aware of any such thing yet but if it has happened, we would investigate the matter.”

PESHAWAR – Papers of recruitment for primary school teachers conducted by the National Testing Service (NTS) in ...