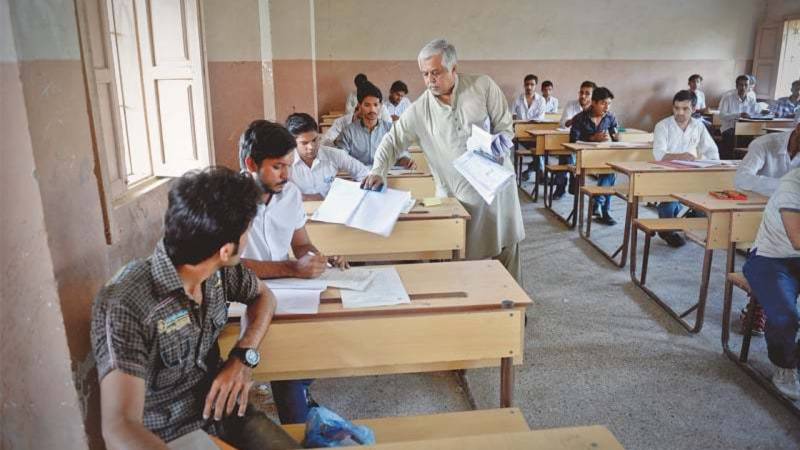 SUKKUR – The question paper of Maths of the Secondary School Certificate (SSC) Annual Examination 2021 has been leaked minutes after the start of the exam in Sukkur.

According to the report of ARY News, the Math’s paper began at 9:00 am on Tuesday while pictures of the leaked paper were doing the rounds on social media minutes after commencement.

The incident is the second in a row in Sindh province as earlier a physics paper was leaked at an examination centre in Karachi.

Reports suggest that the paper commenced at 9:30 am while the questionnaire was leaked outside the examination centres. This has exposed the incompetence of the education ministry’s administration.

It was also revealed that the paper started late at several examination centres, including one in Malir where the students and their parents expressed resentment over the situation.

On Monday, the Karachi matric board chairperson while commenting on the matter said ‘I'm not aware of any such thing yet but if it has happened, we would investigate the matter.’

Multiple examination centres across the province complained of a delay in the delivery of question papers. Responding to a Twitter user about the leaked paper issue, Sindh Education Minister Saeed Ghani said he was looking into the matter however, he said, educational boards were not under his control, and that he had schools and colleges departments.