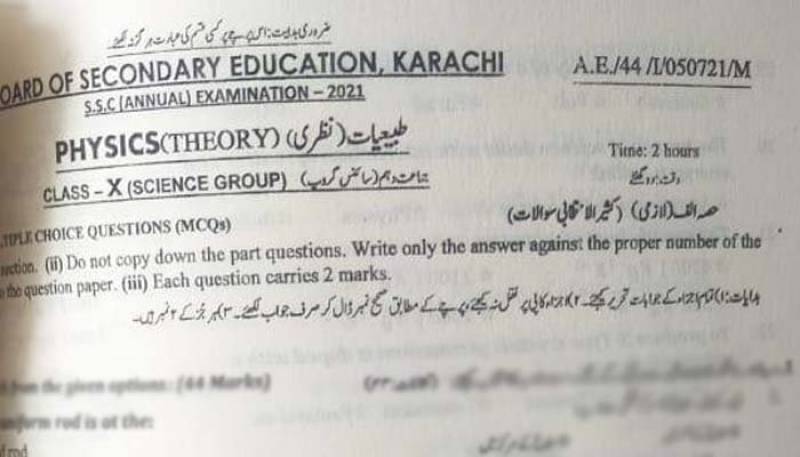 KARACHI –The SSC Part-II (Class X) Science group annual examination's Physics paper was reportedly leaked out minutes after the starting of the exam.

Reports in local media cited that the first paper of matriculation exams in Sindh capital got leaked and was available at the price of Rs200. The questionnaire was available outside the examination centres after four minutes, revealiong the lapses in the education ministry's administration.

As per reports, the time of the examination was at 9 a.m. while the paper was shortly leaked on social media at 9:34 am while as per the rules and regulations of the board exams, no student can come out from any examination center before one hour.

On the other hand, the Karachi education officials claimed that Section 144 has been imposed in the surrounding areas of all examination centres while all photo state shops all closed.

The officials informed that overall 438 examination centres have been established in the country's largest city.

Meanwhile, cases of unfair means in board exams in Sindh province are a normal thing as previously many of the SSC and HSSC papers had been leaked on social media.