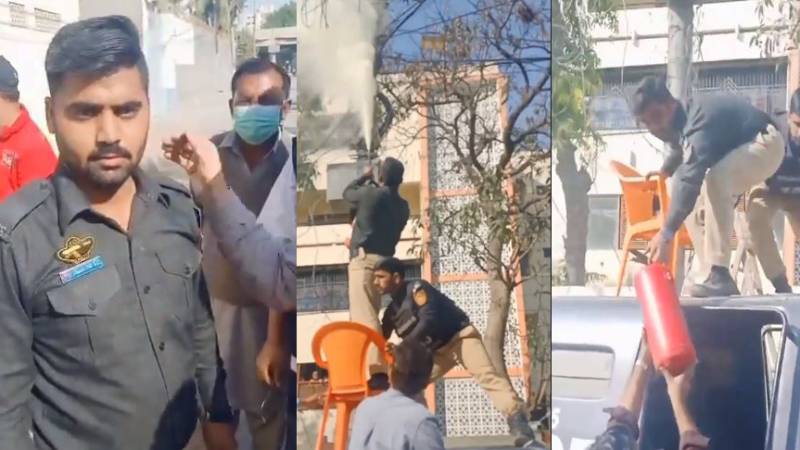 KARACHI – In a recent viral video, an officer of Sindh police smartly doused the fire after electric wires caught fire in the metropolitan city.

Electric wiring caught fire in an area in Karachi city of Pakistan. Police managed to reach the spot on time, which is pretty rare for Pakistani police as it is, and essentially did the job of fire brigade by putting out the fire. #Pakistan pic.twitter.com/bUEPbmme8l

The area residents who informed police about the incident praise the hero cop who takes over the task of the fire department. Netizens also showed love for the bravery of police personnel who use a fire extinguisher to put out the fire on the electric wires.

It can be seen the brave officer placed a polypropylene chair on the roof of a police van and doused the fire with minimum resources.

It is pertinent to mention that there are only 22 fire stations in Karachi city in which only 14 fire tenders are in working condition.

KASHMORE – Heartbroken after a domestic dispute, a man climbed up an electricity pole in a district of ...