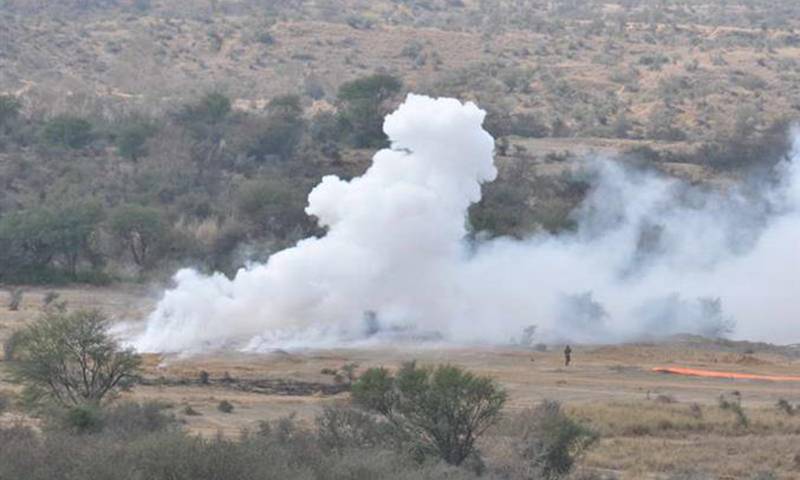 RAWALPINDI (Web Desk) - At least 34 terrorists were killed during aerial strikes in Khyber Agency on Wednesday, according to ISPR.

It said 34 terrorists were killed in the intelligence-driven air strikes in which latest technology was used to indicate and destroy eight militants’ hideouts.

Pakistani troops have been engaged in a full-scale offensive against Taliban and other militants in North Waziristan and Khyber tribal districts since last year.