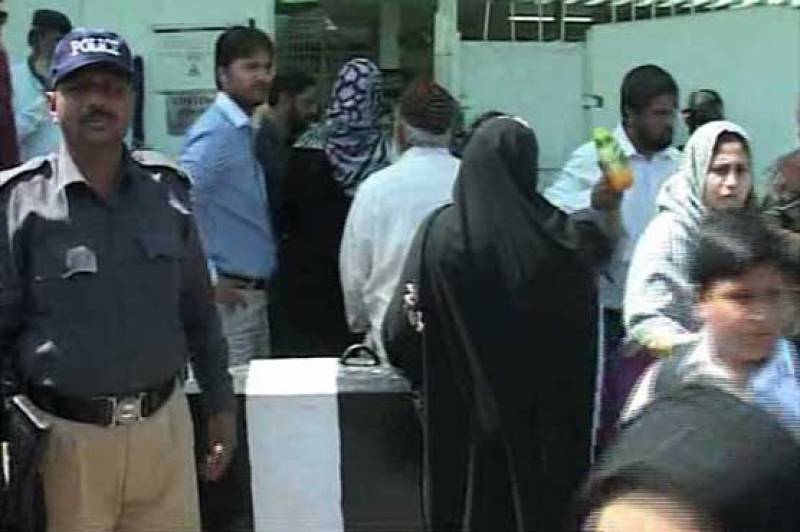 KARACHI (Web Desk) – Two unidentified suspects riding on a motorcycle tossed a hand grenade at a school in Nazimabad area on Wednesday.

No loss of life or property was reported in the incident, police said.

The suspects managed to escape from the scene. They have also dropped a threat letter outside the school, authorities said.

According to bomb disposal squad (BDS) official, weight of the grenade was 500gram and there is similarity between attacks on Gulshan Iqbal and North Nazimabad schools.

Meanwhile, police have arrived at the scene and started investigation of the incident.