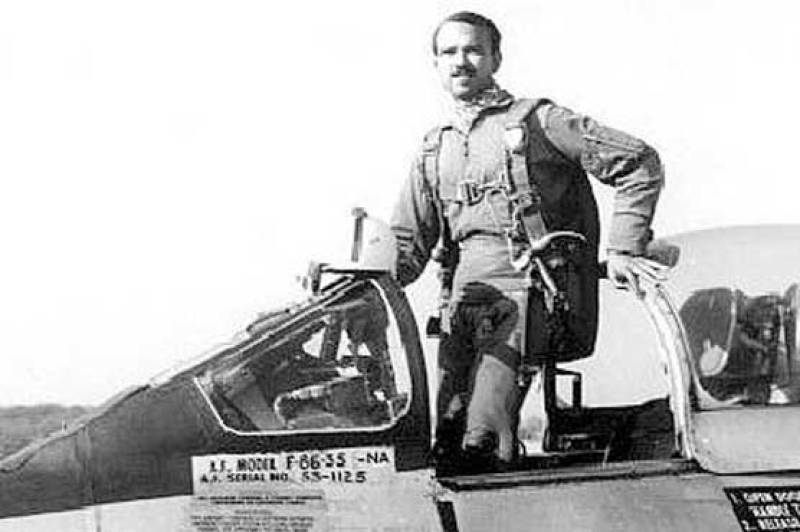 During the 1965 India-Pakistan war, Alam was posted at Sargodha Airbase where he flew North American F-86 Sabre fighter jet. He downed a total of as many as nine Indian aircrafts including six Hawker Hunters.

However, the total number of hits by Alam remained controversial as Indian authorities reported that one aircraft, claimed by Alam had encountered a technical fault and could not be counted as his hit.

He had developed a respiratory issue in his last days and he remained under treatment at the Pakistan Naval station Shifa Hospital. He was laid to rest at the Shuhuda Graveyard at PAF Masroor Airbase.

The government awarded Little Dragon national decoration, Sitara-e-Jurat for his exceptional service to the nation in 1965 war.