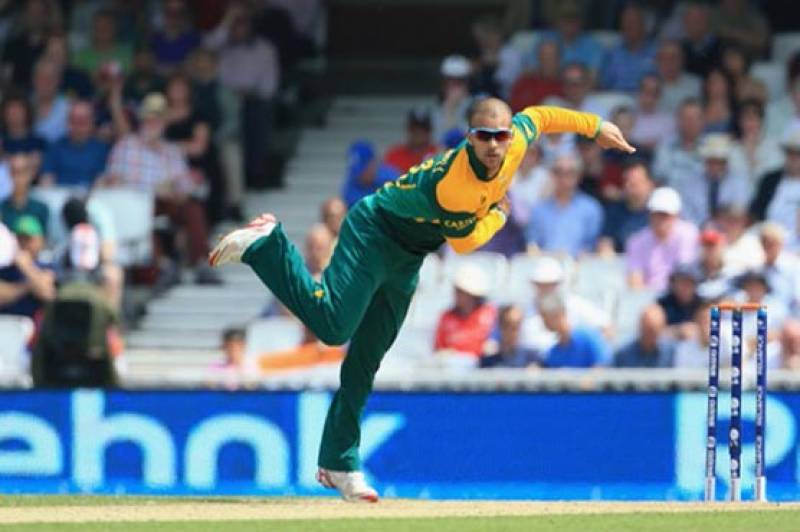 Duminy struck with the final ball of the 33rd over to have Sri Lanka captain Angelo Mathews caught by Faf du Plessis at short mid-wicket for 19.

And with the first two balls of his next over, Duminy had Nuwan Kulasekara caught behind for one and debutant Tharindu Kaushal lbw for a golden duck on his one-day international debut

In the midst of Duminy s treble, leg-spinner Imran Tahir dismissed Thisara Perera as Sri Lanka lost four wickets for two runs in nine balls in collapsing to 118 for six.

And just before rain stopped play, veteran Kumar Sangakkara, in what could be his final one-day international before retirement, was caught at deep third man off Morne Morkel for 45 to leave Sri Lanka -- who won the toss -- 127 for nine in the 37th over.