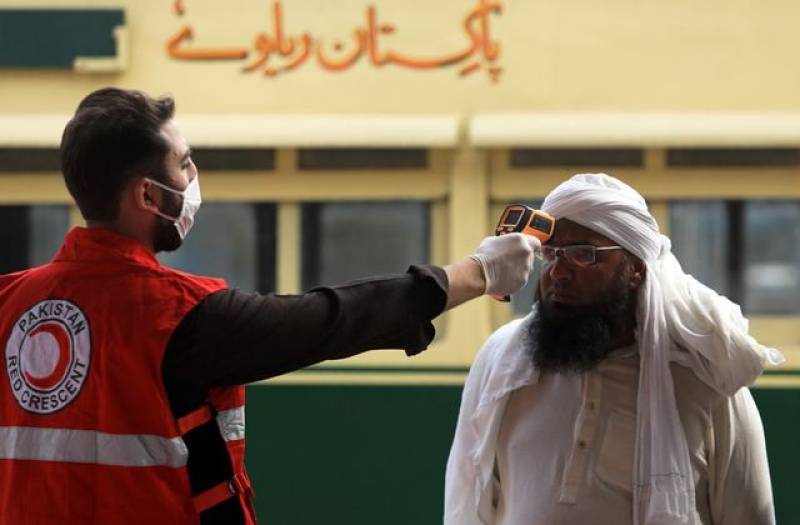 PESHAWAR – The government of Khyber Pakhtunkhwa has confirmed Pakistan's first two deaths from a novel coronavirus, which has now become a pandemic with hundreds of thousands of infections across the world.

Sadly, a second patient in LRH Peshawar, a 36 yr old, from Hangu, has also passed away, from the Corona Virus.

In a previous tweet, he had confirmed the first COVID-19 death in the South Asian country.

Sad to report one patient who passed away in Mardan.

Both deaths were confirmed by the country's health minister as well.

Sadly, a second patient in LRH Peshawar, a 36 yr old, from Hangu, has also passed away, from the Corona Virus.

With deep regret I confirm the death of first Pakistani due to #coronavirus. A 50 yr old male from Mardan recently returned from Umra, developed fever, cough & breathing difficulty and tested +ve for corona virus. Contacts are being screened. Our condolences to the family. <262>

The second patient, a 36-year-old man from Hangu, had arrived in the country from Turkey via Dubai, said Wazir. Both the patients were tested positive on Tuesday, he added.

The country's overall number of COVID-19 cases rose to 307 on Wednesday night.

Earlier today, the government of Gilgit-Baltistan retracted its statement regarding 90-year-old man dying in the region from the coronavirus, saying the provincial spokesperson had not confirmed the news before breaking it.

The patient was suffering from pneumonia and kidney complications.

ISLAMABAD – The government of Gilgit-Baltistan has retracted its previous statement about a patient's death ...

Globally, nearly 160 countries have been affected, nearly 9,000 people have died and more than 217,000 infected by the disease as it spreads rapidly to new territories. The epicentre of the outbreak has now shifted from China to Europe, which is recording a rapid rise in new cases every day.

Noting financial implications from the spread of COVID-19, as the illness is known, on the national economy, Khan expressed his optimism that together, the government and the nation, would win the fight against the deadly contagion.

The prime minister, in a televised address to the nation, urged the people not to panic from the situation. The country could not go for a complete lockdown due to the economic situation, which had seen vital signs of resurgence from the last year.

"The situation in Pakistan has been different. About 25 per cent of the country's population is poor. The 2019 was a difficult year. Slowly and gradually, we arrested the economic situation, which showed signs of recovery. In case of lockdown, the people would be saved from the coronavirus, but could die from poverty," he said referring to the lockdown of cities in Europe and the United States.

He also warned the these people that such situation will evoke strong reaction from the state that will move strictly against hoarders and profiteers trying to take undue benefits from the situation."

Also yesterday, Pakistan Ulema Council through a joint religious decree appealed the people to say Assalam-o-Alaikum to greet one another and avoid shaking hands and hugging to contain spread of coronavirus.

The statement said guiding principles of Islamic Sharia should be followed to get rid of the pandemic.

Keeping in view the worldwide risk of coronavirus, it called for immediate postponement of all religious and political gatherings. It said distance among prayer rows in mosques should be enhanced, while cleanliness be strictly observed at ablution centers and toilets.

The decree suggested to organize Jumma (Friday) prayer on floor without carpets and Friday sermon should be reduced to Arabic only by abolishing the Urdu speech.