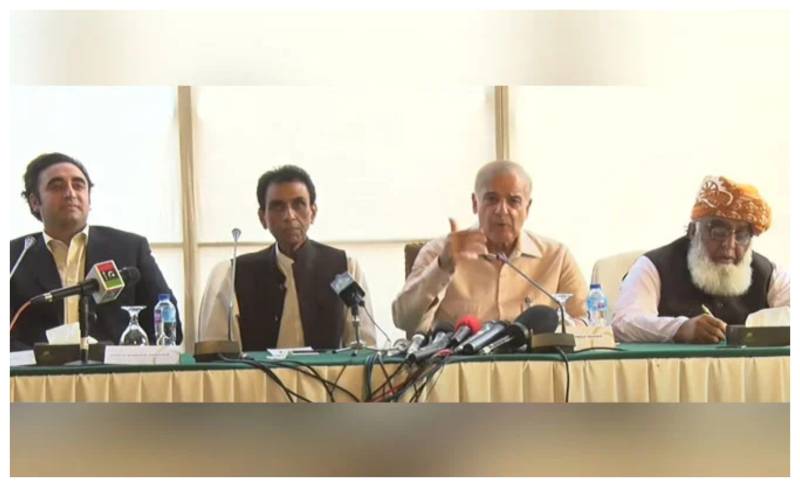 ISLAMABAD – The coalition government under Prime Minister Shehbaz Sharif has decided to complete its constitutional term till August 23 in a bid to drive the country out of economic crisi.

Apart from the discussion on prevailing political situation in the country, the meeting also discussed the Supreme Court of Pakistan's verdict on a presidential reference related to interpretation of Article 63 (A) of the constitution. It also discussed the situation arising in Punjab after the top court’s ruling as several PTI provincial lawmakers voted for Hamza Shahbaz Sharif in chief minister election in violation of party line.

Reports said that the coalition partners assured PM Shehbaz of full support in every situation. They also asked the premier to take measures to stabilise the worsening economic crisis.

The five-week-old government has been multiple challenges on economic and political fronts as on one side, dollar continues to again rupee and PTI chief Imran Khan is putting pressure on it for snap election on the other side.

ISLAMABAD – The Supreme Court has announcing its verdict on the presidential reference for the interpretation of ...