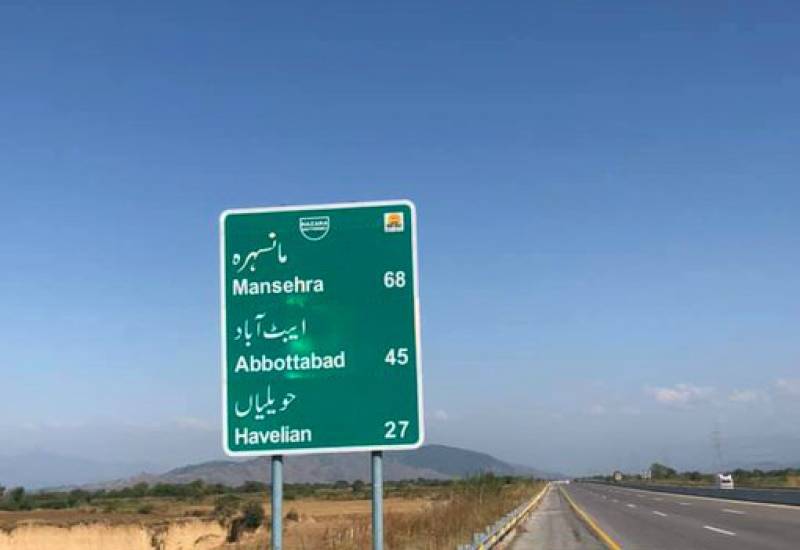 Addressing the inaugural ceremony of Havelian-Mansehra Section of Hazara Motorway on Monday, he said CPEC is not the name of a road; rather it is a new vision for development.

The Prime Minister said youth are our biggest asset and their potential will be fully harnessed for national development.  He said Pakistan is blessed with plenty of resources which are needed to be properly utilized.

Imran Khan said the government is working hard to transform the economic situation of the country. He said we have waived off the duty on all hospital equipment and machinery to encourage investments into hospitals and healthcare. He said Health Insaaf Cards provided by the government will help the poor receive quality medical care free of cost.

“We are focusing on agriculture and industry to bring prosperity in the country by providing job opportunities to the youth,” Khan added.

He further said the housing project started by government will facilitate forty allied industries, creating a number of employment opportunities. Five million houses will be constructed in five years' tenure of the incumbent government, according to the PM.

He said the construction of 300 kilometers long road will begin in February next year.

The Minister said all institutions were facing loss when PTI government came into power.  He said due to transparent accountability, billions of rupees are being recovered from corrupt elements. He said over 10 billion rupees have been recovered through audit in NHA and Communication Ministry and deposited in national exchequer. He said Communication Ministry has earned 43 billion rupees last year while it has set target of 50 billion for this year.

He said training program has been initiated in NHA and Communication Ministry according to the vision of Prime Minster and 45,000 youth will be trained under the program.

The project is a high-level, high-grade and subsequent development of Karakorum Highway and is a Core section of CPEC and an important part of North-South Trunk Road Network.

The construction of this project will significantly promote development in the local economy and the development of urbanization in the country.

There are 3 interchanges, 47 bridges, 12 flyovers, 143 underpasses, 2 tunnels and 4 toll stations on this section of motorway.