Possibility of a Nuclear War: Is North Korea really the bad guy? 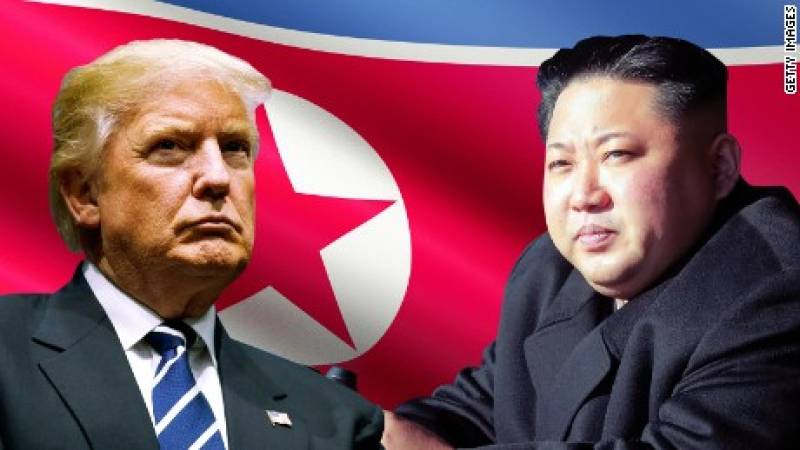 The Deputy UN ambassador of North Korea warned that the situation in the Korean peninsula “has reached the touch-and-go point and a nuclear war may break out any moment”. Kim In Ryong expressed these views while addressing the UN General Assembly’s disarmament committee. The statement came days after US’s Secretary of State Rex Tillerson said that diplomatic efforts will continue till the US drops the first bomb on North Korea. However, President Trump called these efforts by Tillerson “useless” and “a waste of time”.

With Trump’s blunt tweets and North Korea’s obsession with military and weapons, the whole world is at risk of a nuclear war. Yet, both countries are reluctant to take a moderate way out of this trouble. In the whole North Korea-United States fiasco, North Korea has been seen as the bad guy, but is it really?

Evil, wicked, iniquitous and vile, that’s how many see North Koreans. With Kim Jong-Un’s obsession with the militarization of the country and the production of nuclear weapons, they say it’s North Korea who doesn’t want stability in the region. The occasional threats by North Korea to South Korea and the rest of the world just add fuel to the fire.

I understand their point of view. Nobody likes a small country to take a stand or make threats to the rest of the world (if it was U.S or Russia making the threats, it wouldn’t be a big deal because of obvious reasons). But is it really North Korea making all the threats and have there really been no peace efforts at all? The answer to the question lies in the history of Korea and the timeline of agreements between US and North Korea.

Once unified, the two states now had different opinions and ideologies, ROK being a capitalist/democratic state, and DPRK being a communist state. Both states refused to accept the other and claimed to be the only legit government. This resulted in war initiated by North Korea and consequently UN Security Council had to send its first ever military mission to support South Korea. North Korea was practically destroyed. Every inch of the country was bombed. The bombing was merciless. In the words of US leaders:

“Over a period of three years or so, we killed off- what- 20% of the population”

And of course, US committed the war crime of bombing the dams. The proposal to bomb the dams in North Korea is considered as the most evil thing during whole Korea-US-China fiasco. In the words of a US Air Force Officer:

“How magnificent it will be to see this massive flood of water coursing through North Korea wiping out crops. For Asians, the rice crops are their life. This will destroy them. It will be magnificent.”

The use of the word ‘magnificent’ for a nation’s destruction is outrageous. It’s offensive and condemnable. And after all that has been done to North Korea, if it acts rebellious or wants to produce nuclear weapons, it’s the bad guy?

I am not in favor of nuclear weapons but I am in favor of a balance of power. If US, a country who has committed war crimes over and over again and has actually used a nuclear bomb, can have nuclear weapons, why can’t other countries that have no such history do the same? The rules of demilitarization should be same for everyone, not the countries or nations US don’t approve of.

And as far as the U.S’s statement with regard to use of power in case of North Korea because nothing else has worked is concerned, there is an interesting history behind it.

In 1994 Clinton and North Korea made an agreement, according to which North Korea would stop further production of nuclear weapons, and, as a result, US would stop hostile acts against it. When Bush came into power the first thing he did was to launch an assault against North Korea.

In 2005, the two countries agreed again on the same terms that North Korea would not proceed with nuclear weapons, and, as a result, US will stop threatening the country every now and then. This agreement, if not completely, was partially followed by the two countries until Bush shredded it into the tiniest pieces.

North Korea and China actually had a proposal, which would resolve the issue peacefully and keep peace in the region. This proposal suggested that North Korea would stop production of nuclear weapons and in return it asked United States to stop military maneuvers with South Korea alongside its border. This seems pretty reasonable; however, US kept dismissing the proposal.

In today’s world, where mistrust amongst the nations is visible, everyone wants to gather everything in self-defense. The atrocities that North Korea has faced previously have left the country insecure. Thus, they perceive sanctions imposed by US over the matter of nuclear production as a threat to their survival. Furthermore, the current Iran-US mess regarding the nuclear deal has made North Korea believe that US can easily junk an international agreement. In a situation like this, where there is a deep resentment and mistrust in North Korea when it comes to US, and US is willing to damage its credibility – or what remains of it – by exiting the Iran Nuclear Deal, it’s no surprise that Pyong Yong wants to continue with its nuclear program.

The nuclear war isn’t going to be between just two countries, it’s going to affect the whole world. Thus, Both US and North Korea need to opt for a calm stance and diplomatic strategies. Personally, I think Donald Trump needs to give Twitter and giving funny names to Kim Jong Un a rest.