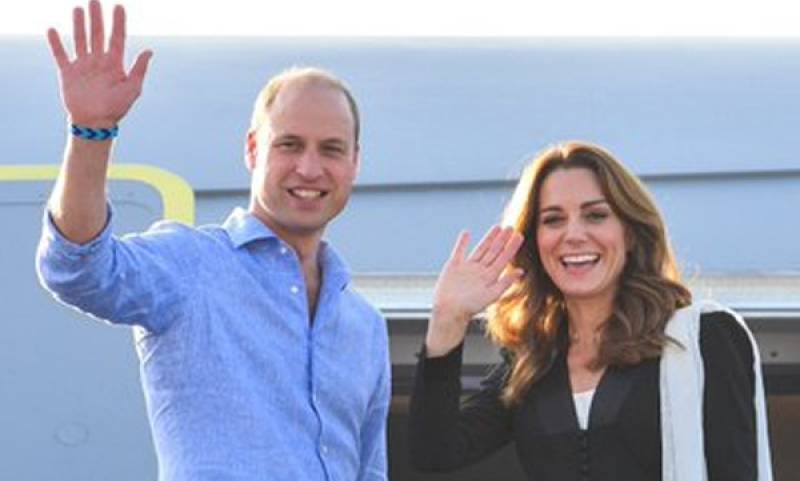 ISLAMABAD - The Duke and Duchess of Cambridge on Friday concluded their five-day kaleidoscopic tour to Pakistan, carrying back home a bundle of fond memories featuring country’s vibrant culture, people and places.

The royal couple returned to the United Kingdom today, following which they gave an interview to international publication, CNN.

The Duchess of Cambridge summarised her maiden tour to Pakistan as “It has been fantastic, We have seen a lot of Pakistan… It was amazing seeing some of the geography yesterday, but then to see some of the community activities today has been really special".

with locals, raising awareness on topics of education, health and climate change, and attending an event on religious tolerance.

As a final engagement before boarding their departure flight, the couple visited the Army Canine Centre in Rawalpindi this morning, which has been

modeled on the UK defence Training Centre at Melton Mowbray.

William and Kate were accompanied by Golden Labrador puppies Sky and Salto as they took round of the facility, where British officials help

Rebecca English, UK’s Daily Mail correspondent, who was part of the royal delegation, tweeted that the Duke during the visit to dog training centre, mentioned that “Pakistanis had lost a lot of lives securing large parts of their country and those sacrifices should be acknowledged.”

ISLAMABAD - Kate Middleton, the Duchess of Cambridge, is winning the hearts of Pakistanis during her maiden visit of ...

“Actually what happens here in Pakistan directly correlates to what happens on the streets of the UK,” Rebecca said quoting Prince William.

Nur Khan Air Base due to inclement weather Thursday night, putting off plans of their visit to Big Ben Point at the iconic Khyber Pass.The earlier days of the trip, however, offered the couple a true taste of Pakistan’s cultural and scenic beauty.

The visit to Chitral was ‘cherry on the top’ as the Duke and Duchess of Cambridge witnessed the living 3,000-year-old Kalash civilization’, believed

to be the descendents of Alexander The Great. They explored the scenic beauty of magnificent Hindu Kush peaks, besides witnessing a melting

Memorial Hospital besides a colorful reception at the Pakistan National Monument.

Kate Middleton’s choice of outfits in line with Pakistani traditional trio – kurta, trouser and shawl – was given prominence by the mainstream