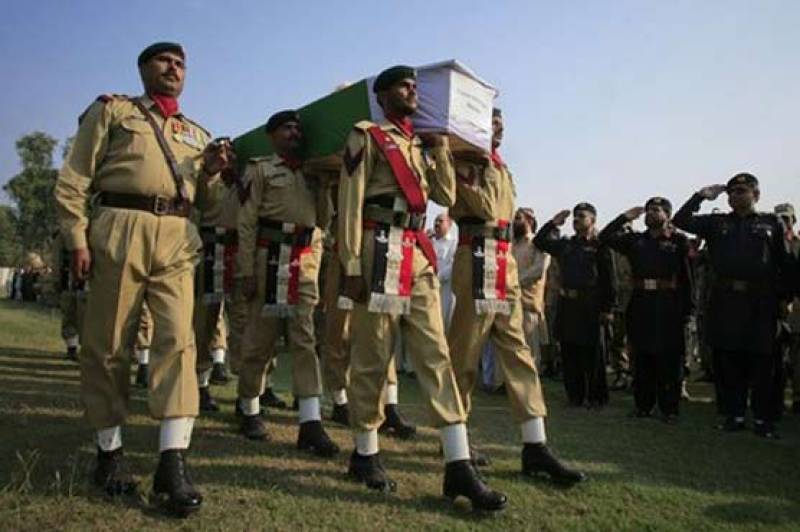 PESHAWAR (Staff Report) - Funeral prayers of twenty people including four security personnel, who sacrificed their lives in today's terrorist attack on Pakistan Air Force (PAF) base in Badaber area of Peshawar, have been offered in Corps Headquarters Peshawar.

All of the martyrs were also presented guard of honor ahead of funeral.

Earlier today a group of thirteen militants attacked PFA's Badaber base and killed as many as 16 people while they were offering Fajar prayer. During the gun fight four security personnel identified as Captain Asfand Yar Bokhari, Saqib, Tariq and Shan embraced martyrdom.

According to ISPR all of the thirteen terrorists were killed during clearance operation.