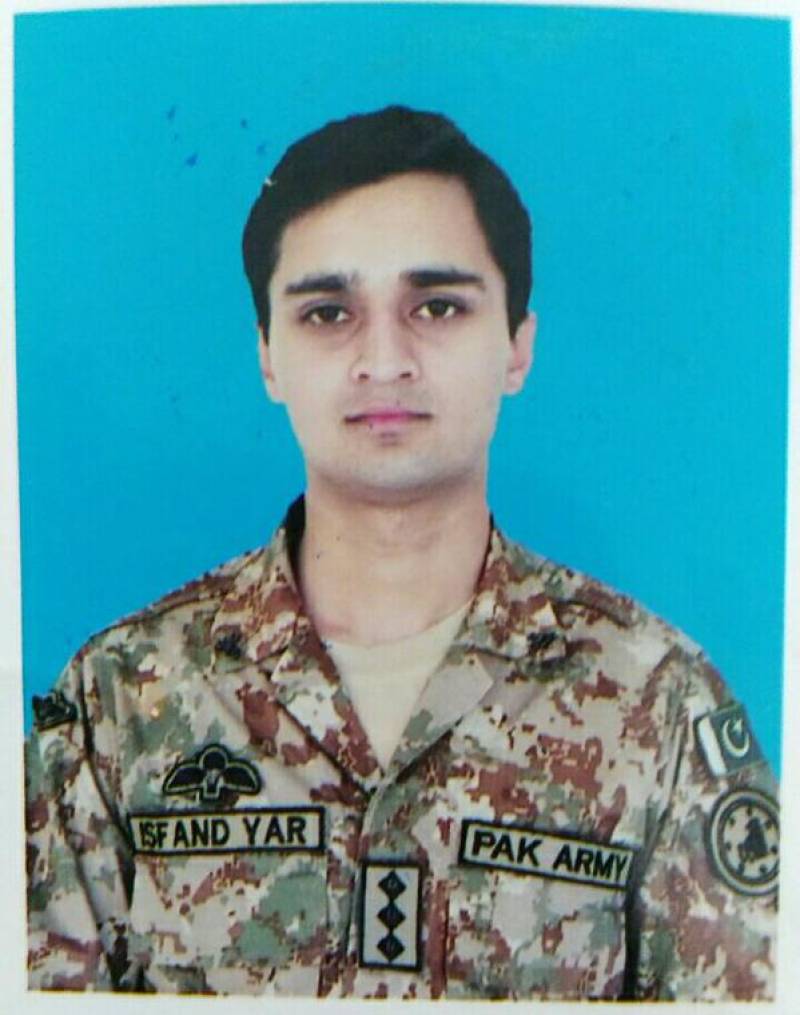 LAHORE (Staff Report) - As Law Enforcement Agencies (LEAs) on Friday foiled a militant attack on Pakistan Air Force (PAF) base in Badaber area of Peshawar, Pakistanis took it to micro-blogging website Twitter to pay tribute to those who sacrificed their lives fighting against terrorists.

Using hashtag #IamAsfandYar tweeps went on to express their anger over the attack while appreciating the valor of security personnel who stood firm against invaders.

One of the martyrs was Captain Asfand Yar Bokhari who embraced martyrdom fighting on the front lines during Friday's attack. He was commissioned in Pakistan army in 118th PMA long course and received sword of honor.

Three junior PAF technicians, Shan Saqib and Tariq, were also killed in the attack. They were deployed at the guardroom when the attack occurred.

Terrorists targeted another sixteen people while they were offering Fajar prayer in mosque.

#IamAsfandYar The pure blood of this exalted martyr Asfand Yar also demands us to remember such unsung heroes too.

Martyrdom of Asfandyar energizes this nation to fight against the terrorism with more determination. #IamAsfandyar — Anas Khalid (@SMALAK_92) September 18, 2015

Men vs Cowards. We support the real men of Pak Army who don't attack from the back. #IamAsfandYar pic.twitter.com/xk2HIhDBRZ

According to Inter-Services Public Relations (ISPR)all thirteen militants who attacked the Badaber base have been killed during the action.