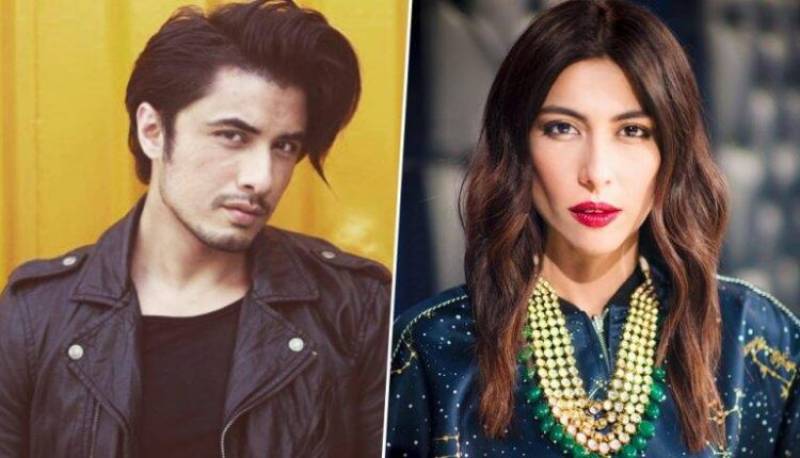 LAHORE -  Pakistani singer Meesha Shafi has filed a two billion rupees damages suit against Ali Zafar, claiming that he has caused her “mental torture and agony,” and damaged her reputation and goodwill at the Lahore sessions court.

She has also asked the court to declare Ali’s statements as “false, malicious and defamatory” and that they ruined her reputation. She also demanded that he be restrained from making any more statements against her.

Ali had earlier filed a one billion rupees defamation suit against Meesha that is underway in Lahore sessions court. Both Ali and Meesha did rounds of television talk shows and spoke about the allegations against them and their own version of what happened.

Earlier in April 2018, Meesha had tweeted that Ali Zafar had sexually harassed her. Ali denied the allegations and the case is currently in court.