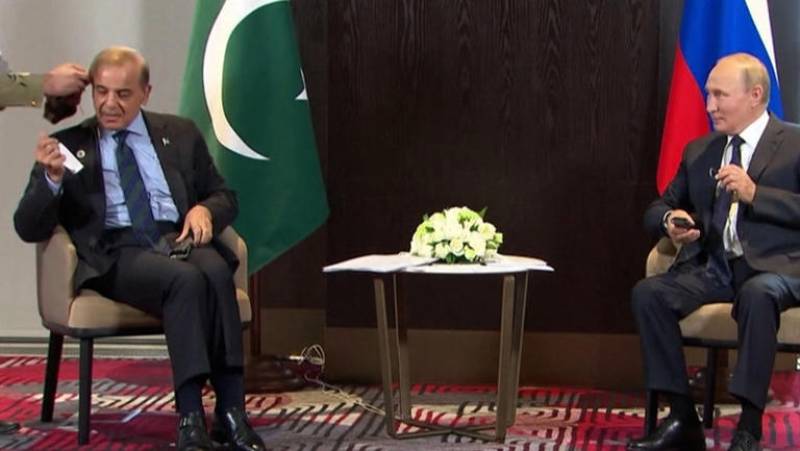 A video showing Pakistani Prime Minister Shehbaz Sharif struggling with his translation headphone at a meeting with Russian President Vladimir Putin last week has gone viral on the social media.

It became so popular that it featured on an American comedy show, The Tonight Show Starring Jimmy Fallon, which features hilarious comedy sketches, music parodies and celebrity interviews.

Sharif and Putin met in Samarkand in south eastern Uzbekistan on the sidelines of a Shanghai Cooperation Organization (SCO) summit.

The viral footage shows Sharif making several attempts to fasten the translation headphone to his ear before calling out for assistance from an aide, only for the headphone to fall again.