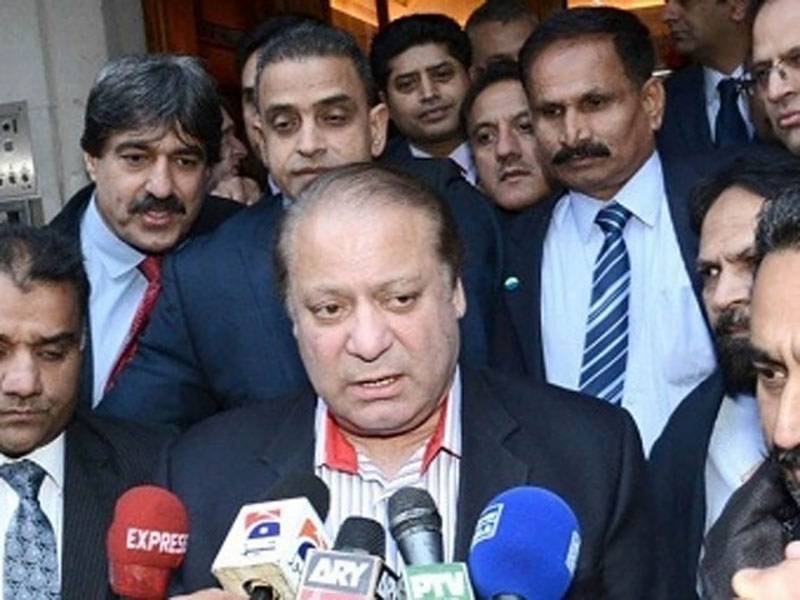 LONDON (Staff Report) - Prime Minister Nawaz Sharif has said the Commission to probe into the Panama Papers will soon be constituted.

Talking to media persons in London before departure for home, he pointed out that Panama Papers do not contain anything against him but still he wants the formation of commission to bring forth the truth before the nation.

He said the Interior Minister Chaudhry Nisar Ali Khan has briefed him about contacts made with Judges for formation of the Commission.

The Prime Minister said Pakistan Tehreek­-e-­Insaf (PTI) leadership did not accept the findings of the Judicial Commission on general elections as well as of the results of the NA-122 Lahore by-elections which vindicated out mandate.

He said some immature politicians want to revive the same old negative politics, which had been buried in the decade of 90s.

Nawaz Sharif reiterated the commitment that Pakistan will be put on the path of sustainable development and prosperity and things will continue to improve in the days to come.

He said majority of the people are also against the politics of sit­-ins and they want peace and tranquility for the forward march of the country.

Responding to a question about his health, the Prime Minister said he is feeling better now with the prayers of the nation and returning to the homeland.