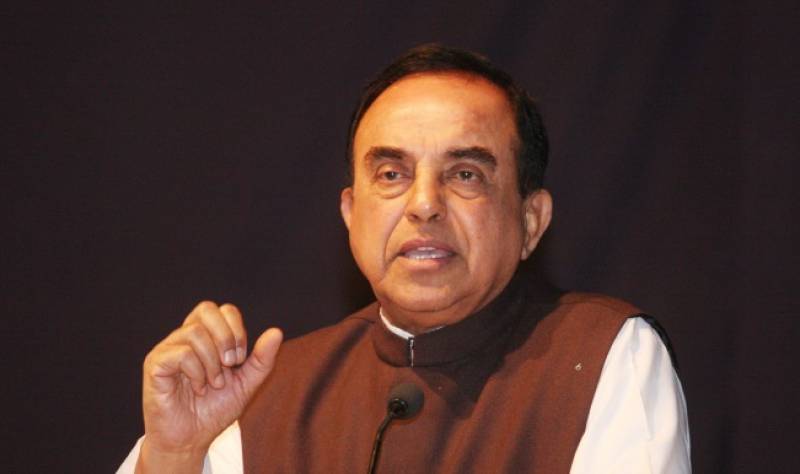 NEW DELHI - "Solution to Kashmir valley revolt is to depopulate as was done to Kashmir valley Hindus. For a few years keep them in refugee camps in TN," said BJP minister Subramanian Swamy on Tuesday, reacting to a recent uprising in Kashmir after occupied forces increased their crack-down.

The minister said that the valley should be de-populated and Kashmiris sent to refugee camps in Tamil Nadu to curb protests in the state.

The minister is notorious for his hatred against the Muslim population of India and supporting discriminatory laws against other minorities.

The ongoing protests in Kashmir are followed by a sequence of recent poll-related violence in the state where eight people were killed in firing by security forces when people tried to storm polling stations in Budgam district.

A few months ago, the minister asked the Indian government to ‘declare Balochistan as independent state.’

"If Pakistan hangs (Kulbhushan) Jadhav, then India must recognise Balochistan as an independent country,” the minister tweeted.

Swamy also urged the Balochis in Delhi to form a government in exile. “Ultimately Pakistan will end up in four pieces,” he said. Accusing Pakistan of being a ‘terror friendly state’ Swamy said New Delhi cannot deal with Islamabad in a civilised manner.

“We should prepare to take stringent action against Pakistan. Today, we should give warning that consequences would be bad for Pakistan if Jadhav is executed,” Swamy had told reporters outside the Parliament.

“Pakistan has selected Jadhav saying that he was trying to create problems in Balochistan. India should now declare Balochistan an independent country,” he said.