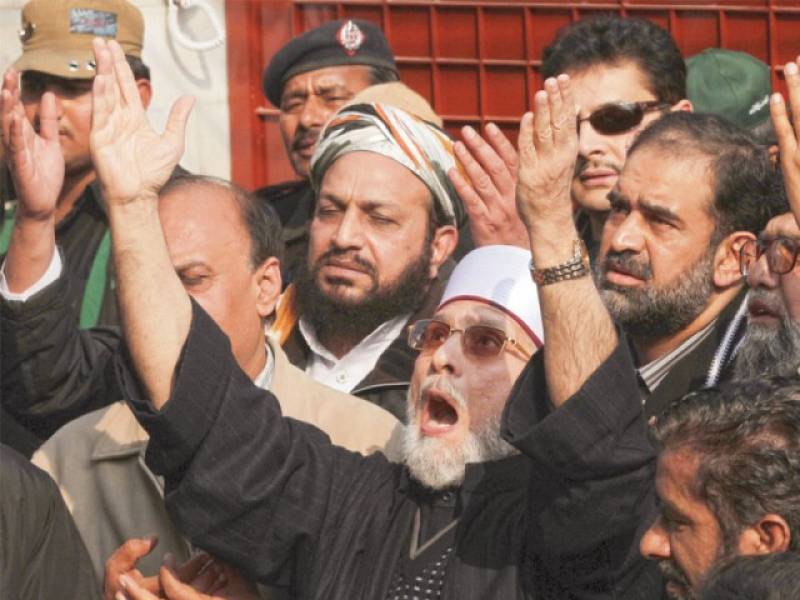 Dr Qadri, who is based in Canada, says the “State has the responsibility to make sure that the justice is served and we pledge an oath to continue our fight for the victims till the last breath.”

There is no doubt that victims of #ModelTownIncident will ultimately seek justice. State has the responsibility to make sure that the justice is served and we pledge an oath to continue our fight for the victims till the last breath.

Four protesters and two policemen had died in different cities of Punjab province in clashes between police and supporters of Minhaj-ul-Quran founder Tahirul Qadri in August, 2014.

A case of clash with the Punjab Police at Bhera interchange, protest sit-in (dharna) on motorway, and rioting was registered against Tahir ul Qadri and PAT workers. 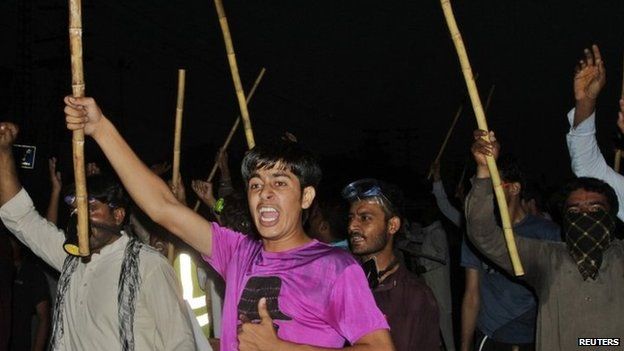 The police registered two more cases in Lahore under multiple sections of Pakistan Penal Code, 16-Miante­nnace of Public Order and 7-Anti-Terrorism Act on behalf of state against PAT leaders and activists for allegedly beating gunmen of the Lahore DCO and a judge, snatching weapons from security personnel, damaging vehicles and motorcycles, and holding six policemen hostage.

Qadri put the death toll of his party workers at eight while Punjab police insisted that only one Pakistan Awami Tehreek worker and a policeman lost their lives in the clashes. He told a news conference at PAT headquarters that his party had lost eight activists while almost 2,000 others suffered injuries and 20,000 were detained in different parts of the province. How­ever, Punjab police refuted the claim. 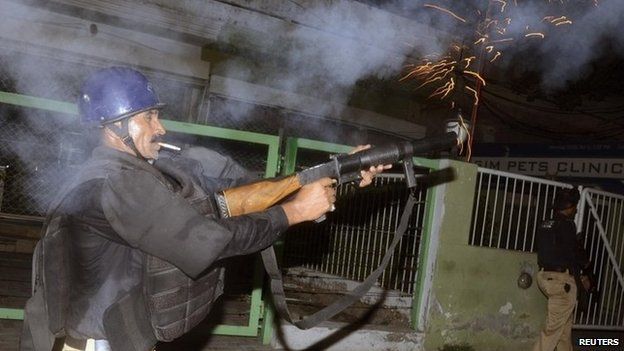 Official statistics showed that Punjab police had detained as many as 1,310 PAT activists since the start of clashes in first week of August that year.

Qadri, who was due to hold a large demonstration in the city the same month, told his supporters to abandon the plans.

The event was partly to protest against the deaths of at least 14 people killed when police in Lahore used live ammunition against his followers in Model Town in June.