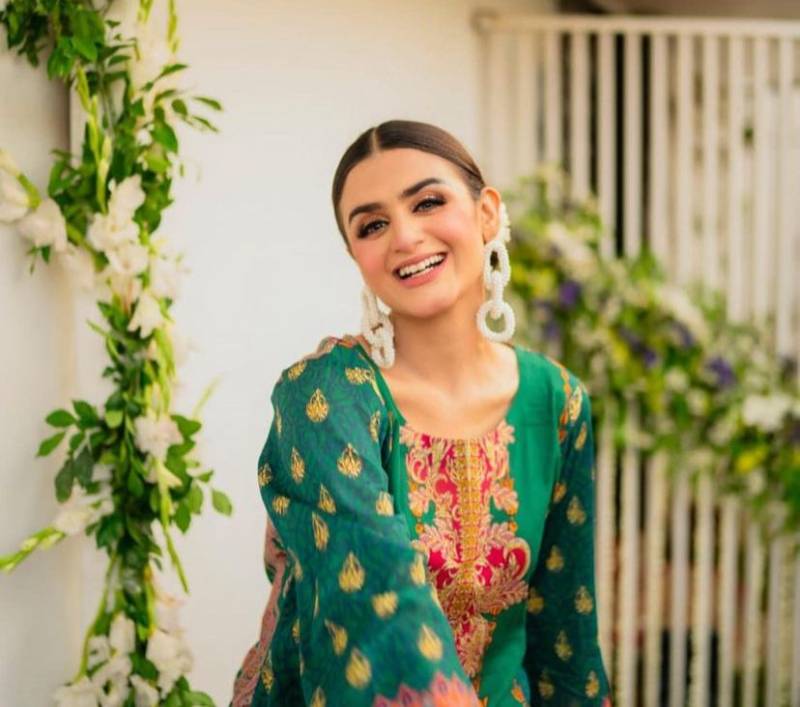 Lollywood diva Hira Mani's stardom skyrocketed within a very short span of time due to her impeccable acting skills and cheerful persona.

The 33-year-old star has worked in dramas like Meray Paas Tum Ho, Kashf and Ghalati. Apart from her acting endeavours, it's her candid interviews that the audience adores.

This time around, the Meray Paas Tum Hou actress shares another feat as she proudly revealed that she has done an interview at the BBC in Urdu. She also thanked her husband Mani for the confidence.

"Its very rare that someone does interview in urdu at the bbc asian network!!

Earlier, Hira Mani had a concert in Wembley Arena, London as part of the Jashan-e-Azaadi on August 14. The audience was definitely not enthusiastic about Hira’s performance.

An awkward moment went viral on social media when Hira tried to get the audience to sing along with her on the "Ja Tujhe Maaf Kiya" from her drama serial "Do Bol".