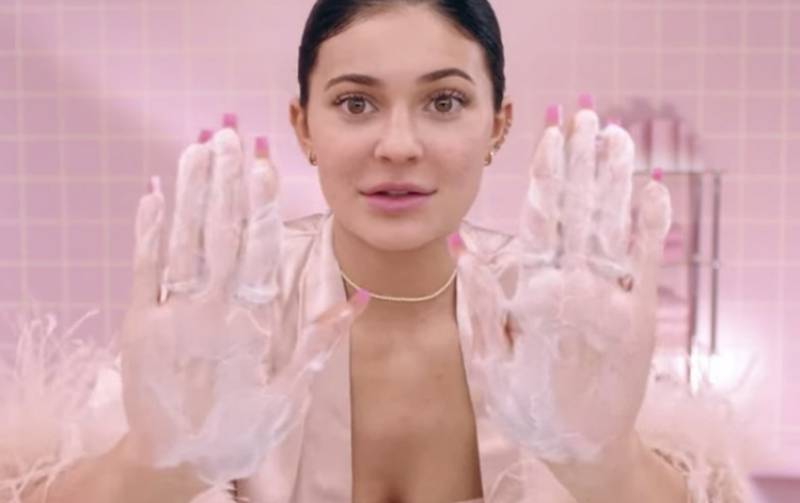 The 21-year-old entrepreneur had announced the news on Instagram last week with a sultry makeup-free photo of herself with glowing skin. Kylie's gluten-free makeup line was being launched on May 22.

Prior to the launch, Jenner's new skincare line had caused quite the stir on social media. Twitterati has been giving mixed reviews ever since the skin related products were being launched by the youngest Kardashian.

Some of the fans were seen saying that it's the best thing since sliced bread and others claiming her Walnut Face Scrub near took their faces off (oh dear).

Kylie had also posted a few comments left by apparent happy customers on her Instagram account and captioned it as "kylieskin: love reading everyone’s first impressions "

Despite getting over 100,000 likes, the post received a tonne of backlash, with some people suggesting that the reviews had been left by a fake account, supposedly run by someone affiliated to Kylie. IG user @jagjr82 stated that his first two comments were removed after he tried to flag that the Twitter account was fake. 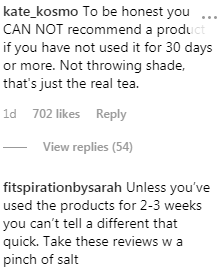 Apart from Instagram, A Twitter user had also posted Kylie's latest video of using a face wash and had slammed the reality show star for faking the effects of the product. Dariaan Michelle (Twitter user) had also stated how a celeb can reveal her skin care routine with a filter being used on the video.

"How are you doing a skincare routine video with a filter on?" stated Dariaan Michelle.

Let's have a look at some of the reactions to Dariaan's post:

To us it seems as the fans of the Kylie Jenner are somehow not so convinced by the reviews for buying the beauty products.

A few people are felt having  positive response towards the newly launched skin care line and are also bothered about the restock than the apparent fake reviews.

Till now Kylie has not responded to the allegations the star has been facing on social media. For further deatils we'll all just have to sit back and wait for the dust to settle.