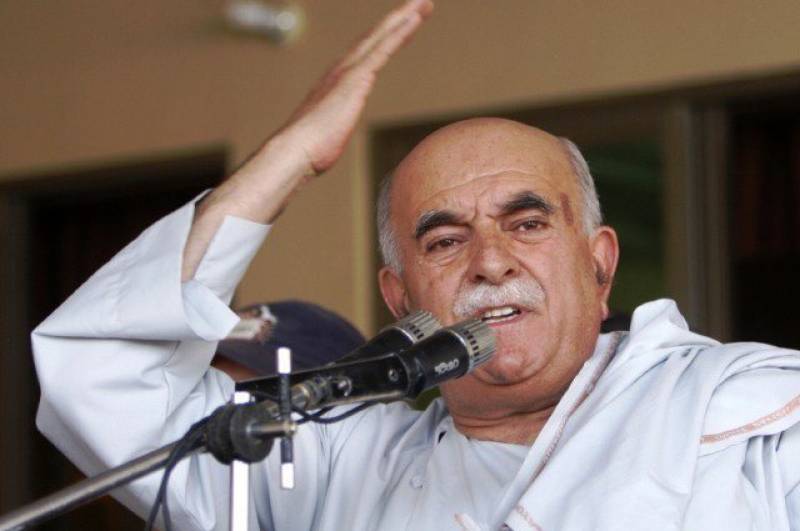 Apart from the need for Afghania province, he called for granting Pakistani citizenship to Afghan refugees as well.

He said Pashtoons are neither terrorists nor particularistic. He claimed that the history of Pashtoons dates back to thousands of years, adding that Pashtoons have never looked at someone’s caste, colour or creed with contempt.

"Historians around the world have written about Pashtoons over time, they have written that there was no shortage of food or shelter where Pashtoons resided," he said.

Speaking at the 43rd death anniversary of Abdul Samad Khan Achakzai at the Aabpara Community Centre, Islamabad, the legislator lashed out at the class difference between people of Punjab and Pashtoons.

The lawmaker went on to say that it was the 21st Century now and there was even a count of killing animals while on the other hand, there is no count when it comes to killing Pashtoons.

He said that we earlier raised this issue that Pakistan was our dear land.

"We have to adhere by the principles of equality, It can’t go on like it is right now," Achakzai said.