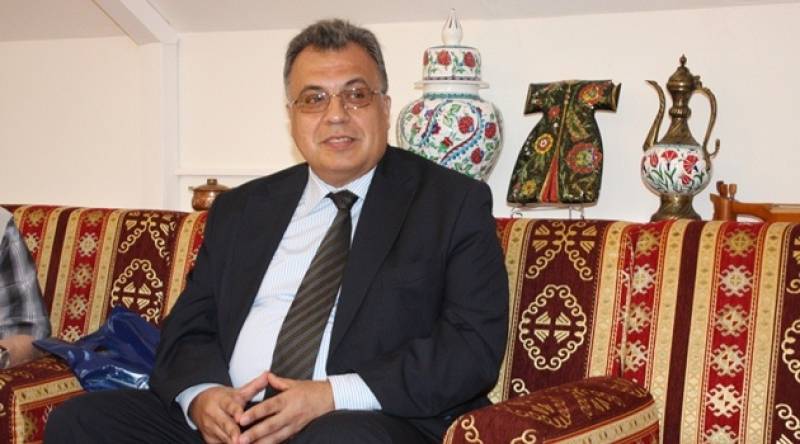 ANKARA - In a tragic turn of events, the Russian ambassador to Turkey Andrey Karlov has been assassinated after a gunman opened fire at him here on Monday evening.

Reports said Andrei Karlov was attending the opening of an exhibit in Ankara when he was targeted by an armed man dressed in a smart outfit. He was rushed to a hospital soon after the attack but could not survive.

Karlov was several minutes into a speech at the exhibit when a man opened fired at him, according to an eye-witness.

According to the mayor of Ankara, the attacker has been identified as Mert Altintas who is member of special ops unit.

Consequently, the attacker was also killed by his fellows.

The horrific video captured as to how the ambassador lost his life in a jiffy.

Three others were reportedly wounded as the shooting continued and people fled for their lives. The attack took place at the Cagdas Sanatlar Merkezi, a major art exhibition hall in the Cankaya district of Ankara where most foreign embassies are located including Russia's mission.