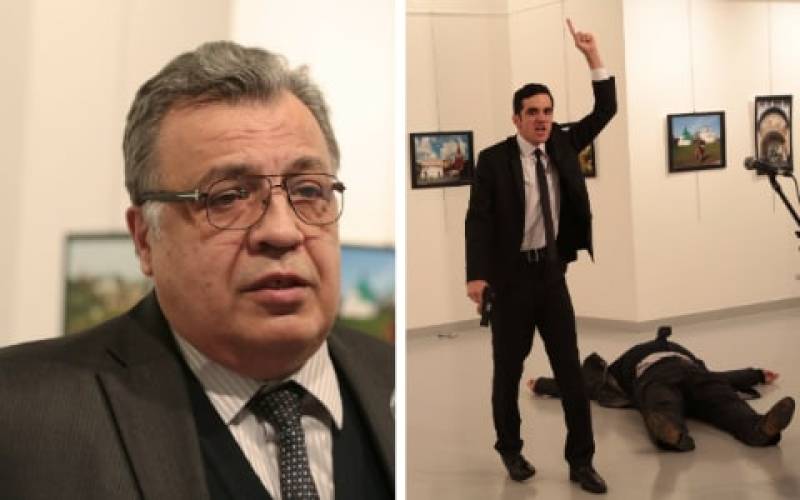 ANKARA - The Russian ambassador to Turkey Andrey Karlov has been assassinated after a gunman opened fire at him here on Monday evening.

Video footage captured the moments the ambassador was targeted by the attacker as he was visiting the Cagdas Sanatlar Merkezi, a major art exhibition hall in the Cankaya district of Ankara.

According to the mayor of Ankara, the attacker has been identified as Mert Altintas who was member of special ops unit.

Consequently, the attacker was also killed by his accomplices.