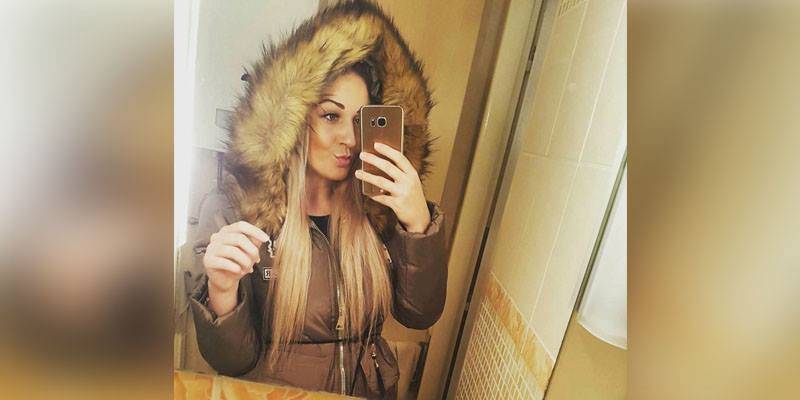 LAHORE- Tereza Hlůšková, the Czech model arrested at Lahore airport last week with 9 kilograms heroin while trying to board a flight to Dubai, seems to be using Twitter while in custody.

According to Twitter handle @TerezaHluskova, the model is feeling quite at home while in custody with access to kitchen, mobile and internet services, and a counselor.

In a series of tweets, the model appears to be asking for help while claiming she is innocent.

The user also called for help to translate a News story about the model in Urdu. 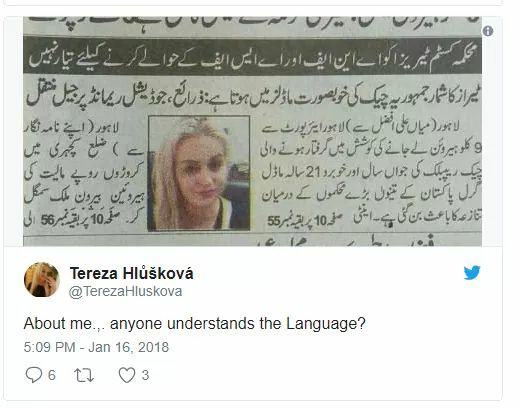 In another tweet 'she' thanked people of Islamabad for their help and generosity.

The model also appears to have a counsel and in contact with her Czech Embassy.

However, it is unclear if Tereza Hlůšková, herself, is handling this Twitter account. According to the information mentioned on the account, it was created in January 2018. The account also shows Lahore as the user's current city and all the tweets are in Czech.

A private media outlet reported activities on the account on 18th January and the account has been deleted ever since then.

Ever since her arrest, the model has been making headlines in News and has been the talk of the whole town with sometimes sparking a war between officials for her custody.

And sometimes for posing in front of the camera while in custody.