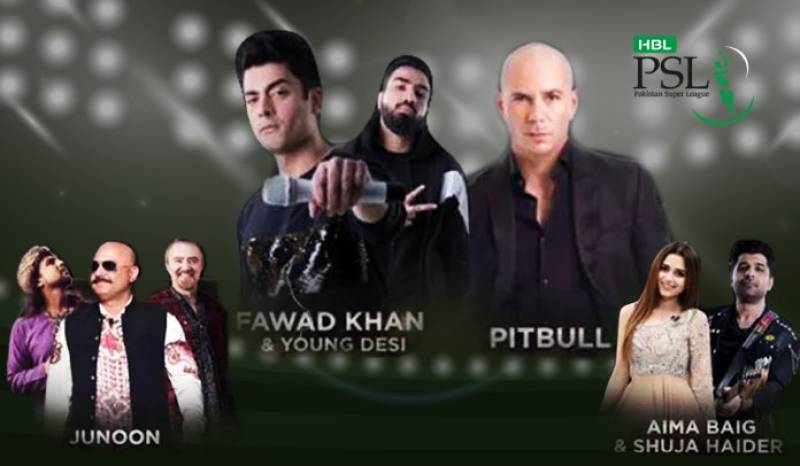 The first three PSL anthems were sung by Ali Zafar. The PSL matches will be staged from February 14 to March 17 at three venues - Dubai, Sharjah, and Abu Dhabi - in the United Arab Emirates before the remaining fixtures move to Pakistan with Karachi staging five games, including the final, and Lahore three.

Because of security concerns, overseas players have been reluctant to travel to Pakistan. But with the passage of time, the number of prominent cricketers willing to visit Pakistan has risen.

In the recent development, the ex-South Africa captain A.B. de Villiers has already pledged to play two matches of Lahore Qalandars in Lahore on March 9 and 10.

Tickets for the Opening Ceremony and the inaugural match of the HBL PSL 2019 season would be available soon.

We sure are excited about the star-studded event? Are you?