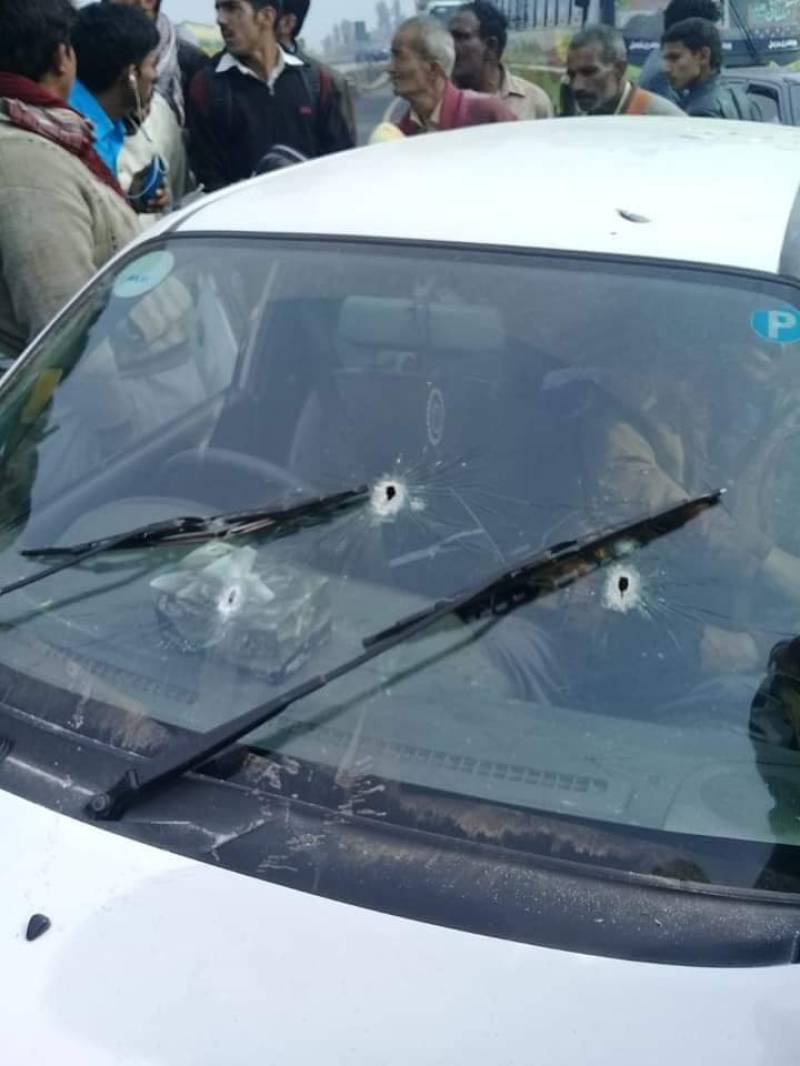 LAHORE - Counter-Terrorism Department (CTD) personnel, who are involved in the killing of four people in Sahiwal, have been taken into custody, a Punjab’s spokesman said on Saturday evening.

Earlier, Four people including two women were killed during an action by Counter Terrorism Department (CTD) near Qadirabad. Reportedly, the incident occurred at Qadirabad where a team of CTD Lahore, taking action against a suspected car, shot dead two men and two women.

SAHIWAL — The Counter-Terrorism Department (CTD) on Saturday claimed they have killed a suspected local commander of ...

Later, the CTD team took the bodies, children and other valuables from the vehicle. However, the team, later on, dropped the children at a filling station.

A spokesman for DPO office Sahiwal said that the CTD had taken action against the car riders and police had no link with it.

A child Munib Butt, who survived the attack, said that he, along with his parents, was going to Burewala to attend a marriage function when their parents were killed.

Meanwhile, IG Punjab formed a joint investigation team to probe into the killing.

DIG Zulfiqar Hameed was named as head of the JIT while officials from intelligence agencies were also made part of it.

The JIT was asked to complete its inquiry in three days and submit a report within three days of the incident.