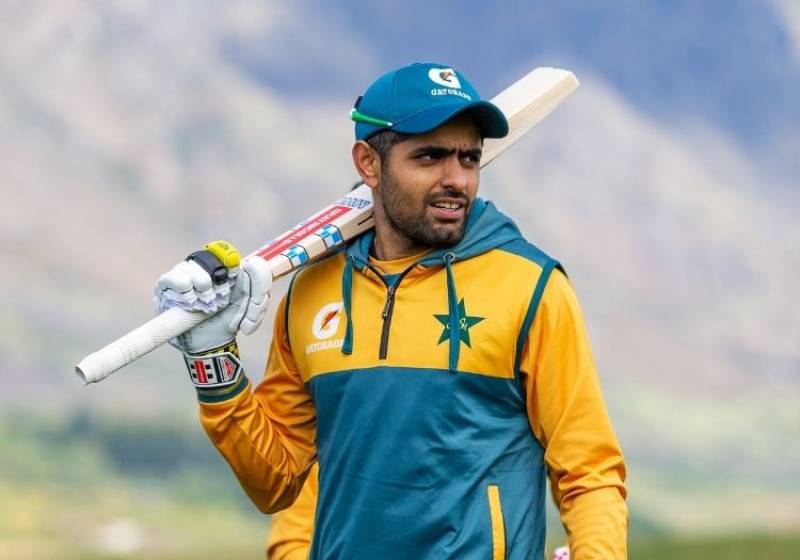 The International Cricket Council (ICC) on Wednesday revealed the names of the XI players who constitute the ICC Men’s T20I Team of the Year, with Pakistan skipper Babar Azam as the captain of the squad.

Pakistan's two more stars Mohammad Rizwan and Shaheen Shah Afridi also made it to the squad.

In a statement issued for the announcement of Men’s T20I Team of the Year, the ICC said that it is to recognise 11 outstanding individuals who have impressed one and all, "be it with the bat, the ball or their all-round exploits in a calendar year."

The XI players who make up the ICC Men’s T20I Team of the Year is revealed! 📝

Does your favourite player feature in the side?

Here is a look at the players who made it to the team from Pakistan.

The Pakistan skipper was at his classy best in the shortest format in 2021, leaving his best at the T20 World Cup where he ended the tournament as the leading run-scorer.

Overall, Babar played 29 matches and aggregated 939 runs at an average of 37.56 with one century and nine half-centuries. His captaincy was also praised as he led his team to the semi-finals of the T20 World Cup in UAE and Oman.

The Pakistan wicketkeeper-batter ruled the roost in 2021 when it came to the shortest format of the game. Aggregating a staggering 1,326 runs in only 29 matches, Rizwan struck at an average of 73.66 and a strike-rate of 134.89.

Apart from his exploits with the bat, he was as solid as ever behind the stumps, playing a key role in Pakistan's run to the semis during the ICC Men's T20 World Cup 2021, where he ended up as the third-highest run-scorer.

It was a year to remember for Shaheen Afridi, especially in the shortest form of the game. Extracting brilliant movement with the new ball and reversing it with the old, Afridi picked up 23 wickets in 21 matches at an average of 26.04 and an economy of 7.86.

Still only 21, Shaheen will likely lead the Pakistan pace bowling unit for years to come and with already rapid improvements in his bowling, he will undoubtedly prove to be a fearsome prospect.