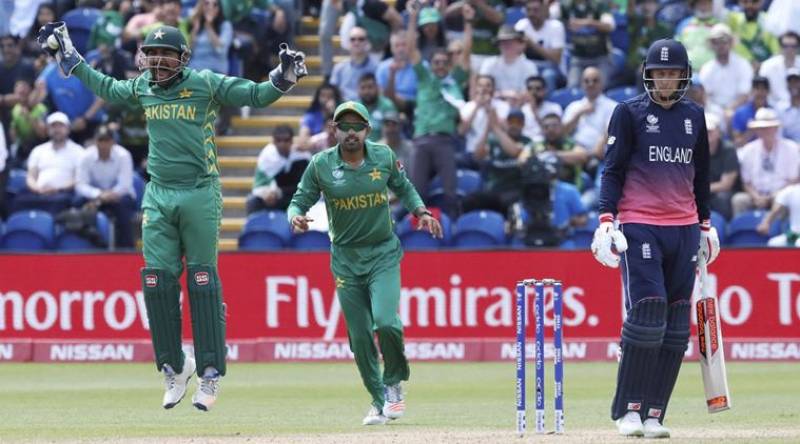 LAHORE - Pakistan will face England in five one-day internationals and a lone T20I in England before the ICC Cricket World Cup 2019.

England and Wales Cricket Board announced on Thursday that Pakistan will be England’s first opponents of the home international season next year with the tour featuring five ODIs and a T20I, as both countries prepare for the World Cup which starts on May 30, 2019.

Pakistan will start the England tour with a Twenty20 international on May 5, 2019, which will be played at Sophia Gardens, Cardiff.

The T20I will be followed by five one-dayers to be played between May 8 to 19.

The opening match of the ODI series will be played on May 8 at The Oval, followed by the second ODI at Ageas Bowl, Southampton on May 11, third ODI at Bristol on May 14, fourth ODI at Trent Bridge, Nottingham on May 17, and the final ODI at Headingley, Leeds on May 19.

The series will provide Pakistan team with an opportunity to gel in with conditions in the United Kingdom ahead of the World Cup 2019.