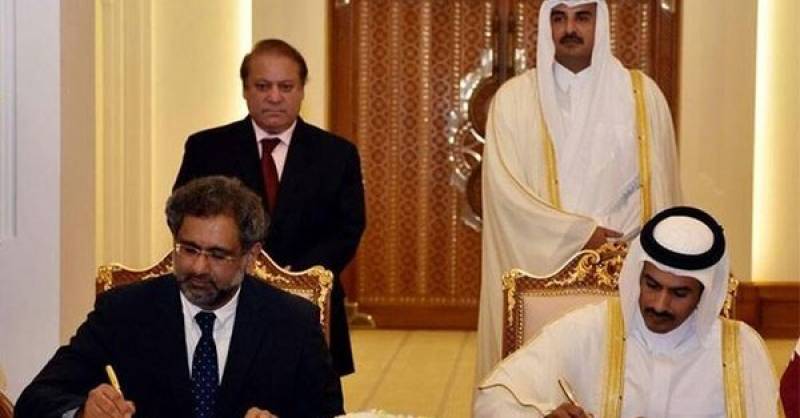 Shahid Khaqan Abbasi was arrested by the NAB yesterday and today he was produced before the accountability court.

According to the NAB arrest warrant, Abbasi is accused of commission of the offence of corruption and corrupt practices under section 9 (a) of National Accountability Ordinance, 1999.

Abbasi is facing the accusation of handing over a tender worth Rs220 billion to a company in which he was a shareholder himself. He is also named in the Exit Control List (ECL).