July 19, a historic day linking future of Kashmir with Pakistan 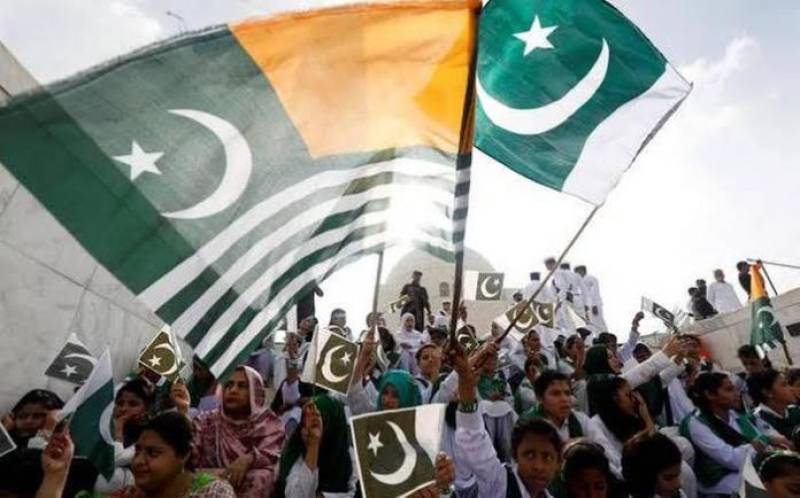 ISLAMABAD -Jammu and Kashmir National Front (JKNF) on Sunday while terming 19th July as a defining moment in Kashmir’s history has said that it was on this historic date when Kashmiri leadership unanimously decided to link their future with yet to born the state of Pakistan.

In a statement issued on the occasion of Kashmir accession day, the JKNF spokesman while highlighting the significance of the day said that the resolution adopted a month before the creation of Pakistan demonstrated Kashmiris’ unconditional love for Pakistan.

Referring to partition plan he said that the state of Jammu and Kashmir was geographically, historically and culturally and ethnically part of Pakistan but India’s policy of deceit and deception, expansionism, and perpetual denial to implement the UN resolutions on Kashmir has pushed the region into a quagmire of uncertainty.

Referring to the unprecedented sacrifices rendered by the Kashmiri nation the spokesman said that Kashmiris have witnessed relentless killings, widespread death, and destruction at the hands of Indian occupation forces.

During the decades’ long struggle for the right to self-determination, the spokesman pointed out that hundreds of thousands of people have been severely tortured and rendered disabled while the human rights violations at the hands of Indian occupation troops have become the order of the day.

Reiterating Kashmiris’ pledge to take the ongoing struggle to its logical conclusion the JKNF spokesman said that day was not far when Kashmiris will achieve their cherished goal of freedom from Indian occupation.

The JKNF spokesman also thanked the state of Pakistan for its continued political, moral and diplomatic support to Kashmiris’ just cause.