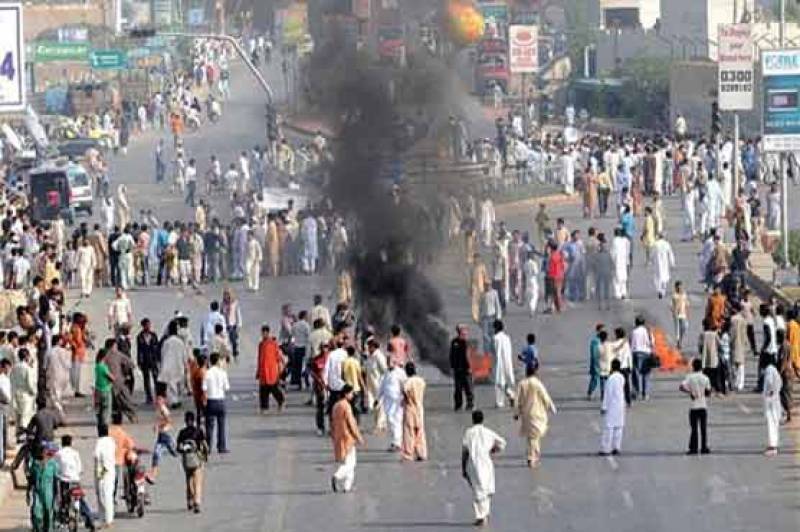 PESHAWAR/MULTAN/RAWALPINDI/Lahore (Web Desk) - Angered by frequent and unscheduled power outages, citizens took to the streets across Pakistan on the first day of Ramadan.

Dozens of protestors stormed a WAPDA office in Multan and damaged pubic property.

A protest demonstration was also held on Shara-e-Pakistan as many areas were faced with extended power outages.

There were also reports of protests in Lahore and Rawalpindi. In Lahore, people set tires on fire and staged a protest at Kahna in Lahore.