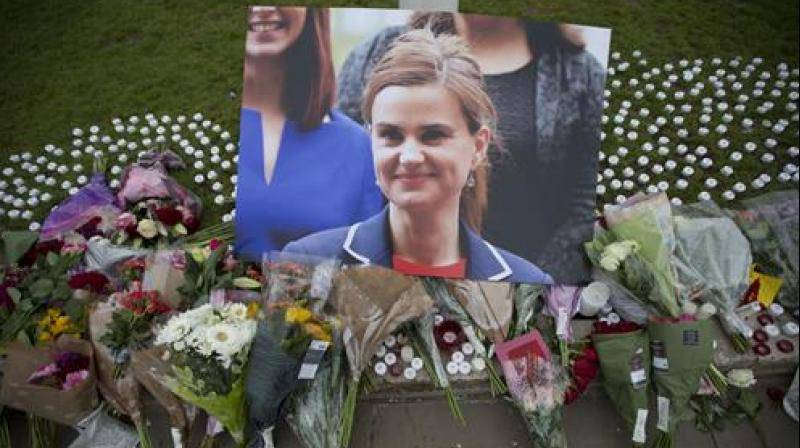 LONDON (APP) - Reeling from the murder of MP Jo Cox, the EU referendum campaigns resumed on Sunday with just four days to go until the critical vote that will shape Britain's future.

The Remain and Leave camps suspended campaigning for three days after the killing of Cox on Thursday. A 52-year-old man has appeared in court charged with her murder.

But with the polls too close to call, leaders were to hit the television studios on Sunday to begin their final push for votes.

Prime Minister David Cameron, who wants Britain to stay in the European Union, said the country was facing "an existential choice" from which there would be "no turning back."

Meanwhile Britain's Sunday newspapers picked sides in their final editions before the referendum.

The Mail on Sunday and The Observer gave their support to the Remain camp, while The Sunday Times and The Sunday Telegraph broadsheets backed Brexit.

Resuming the campaign, Cameron said the British economy "hangs in the balance", with trade and investment set to suffer in the event of a Leave vote and a "probable recession" that would leave the UK "permanently poorer."

"If you're not sure, don't take the risk of leaving. If you don't know, don't go," he wrote in The Sunday Telegraph.

"If we were to leave and it quickly turned out to be a big mistake, there wouldn't be a way of changing our minds and having another go. This is it."

Meanwhile Nigel Farage, leader of the UK Independence Party, was set to do the same for the Leave camp.